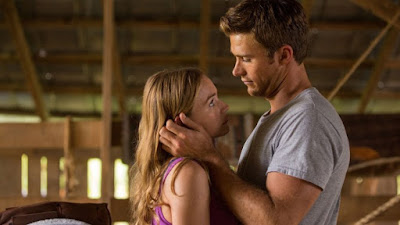 There are variables in the chemistry of a Nicholas Sparks film, but the basic formula has seldom changed through films like The Notebook, Dear John and The Lucky One. Even the posters for these movies often look indistinguishable from one another, except for the two actors pictured. The Longest Ride is the tenth Sparks adaptation to hit the big screen and though it sticks to what you'll know if you've seen more than one of the others, it's not necessarily a formula that's in need of fixing.

I'm assuming you've all seen it by now, but this is still a spoiler-free review. However, it may contain plot details from other Marvel Studios movies up to this one. 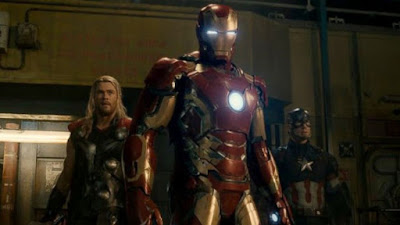 With some assembly required, Joss Whedon marshalled Marvel Studios' fledgling franchises together for a full-blooded and hugely entertaining Avengers movie back in 2012. The studio had the geek god on contract as a creative consultant for a spell after that, ending with the massive sequel, Avengers: Age Of Ultron. No matter what you think of it, nobody could accuse him of leaving anything on the table on his way out.

Giving absolutely no quarter to viewers who aren't up to date with who Hydra are, what Loki's sceptre does and why both sides are after it, the film jumps right in with a re-assembled team of Avengers- Iron Man, Thor, Captain America, Black Widow, Hawkeye and the Hulk- taking a terrorist base. Winding down after a job well done, Tony Stark is anxious about where the next threat is coming from, and works to create Ultron, an artificially intelligent program that can protect the world in their stead. Alas, Ultron has unconventional ideas about what peace in our time really means.

Sorry about the mess- I didn't know blogs could gather dust. If anyone's still reading, I'll hopefully be writing to you a bit more often in the next few weeks, on subjects like why I really can't imagine any other film topping Mad Max: Fury Road this year, (cue an avalanche of other masterpieces) and a little thing called BlogalongaStarWars. But we're really here because Jurassic World is a terrible and wonderful sequel to Jurassic Park all at once.

Previous sequels The Lost World and Jurassic Park III have had a hard time finding a logical plot to follow the pitch-perfect blockbuster mayhem of the original. Colin Trevorrow's Jurassic World trumps them both by doing a sublimely illogical one instead. Years after John Hammond's dream went awry, an equally eccentric businessman has turned the venture around and as the unimprovable tagline has proclaimed, the park is open. They've spared no expense (except maybe common sense) in genetically engineering a monstrous cocktail of a creature that inevitably goes rogue on the island, but this time there are 20,000 tourists in peril.