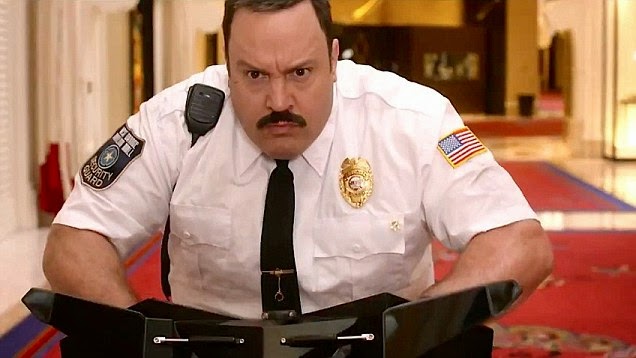 In early 2009, Paul Blart: Mall Cop was Kevin James' family-friendly answer to Die Hard, set in a mall in New Jersey, and it benefited from a drought of such fare in cinemas. Just as quick off the mark as the titular character, it's taken six years for the inevitable Paul Blart: Mall Cop 2 to arrive. After the genre trappings of the first film, it's only logical that the sequel turns out to be a family-friendly Die Hard 2. That is to say, it's basically the first one, all over again, in a different location and somehow not as good.

Six years have passed in story time too and over-zealous mall security guard Blart is afraid that he has peaked personally. An invite to a prestigious security convention in Las Vegas, all expenses paid, cheers him up a little, and he takes his long-suffering daughter Maya along for the ride. However, dastardly high roller Vincent (Neal McDonough) is planning to put Vegas' world-famous security to the test by robbing the hotel where the convention is being held. Though racked by his own ego, Blart stumbles upon their plot and teams up with fellow convention delegates to save the day.