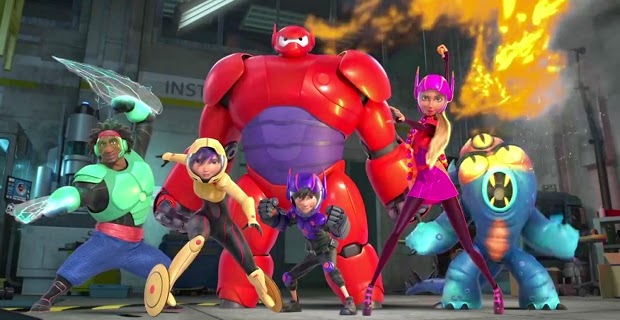 There's no Marvel banner ahead of Disney's latest animated action-adventure, but it's a Marvel movie in all but name. As source material, Big Hero 6 is about as unusual a choice for adaptation as last summer's Guardians of the Galaxy, but it marks the beginning of the House of Mouse adapting from the extensive back-catalogue of their most lucrative acquisition.

They've also thrown out much of the story from the comics, which were a tongue-in-cheek 1990s reboot that pulled in several characters created by Marvel to capitalise on the Western popularity of Japanese culture in the 1970s and focused on a new story with the young characters. Hiro Hamada is a child prodigy who is persuaded to stop squandering his skills on illegal robot fights and enrol with the university's robotics department. But a family tragedy throws him off course, leading him to use his talents to investigate a mysterious and powerful thief with the help of four of his fellow students and an inflatable robot health assistant named Baymax. 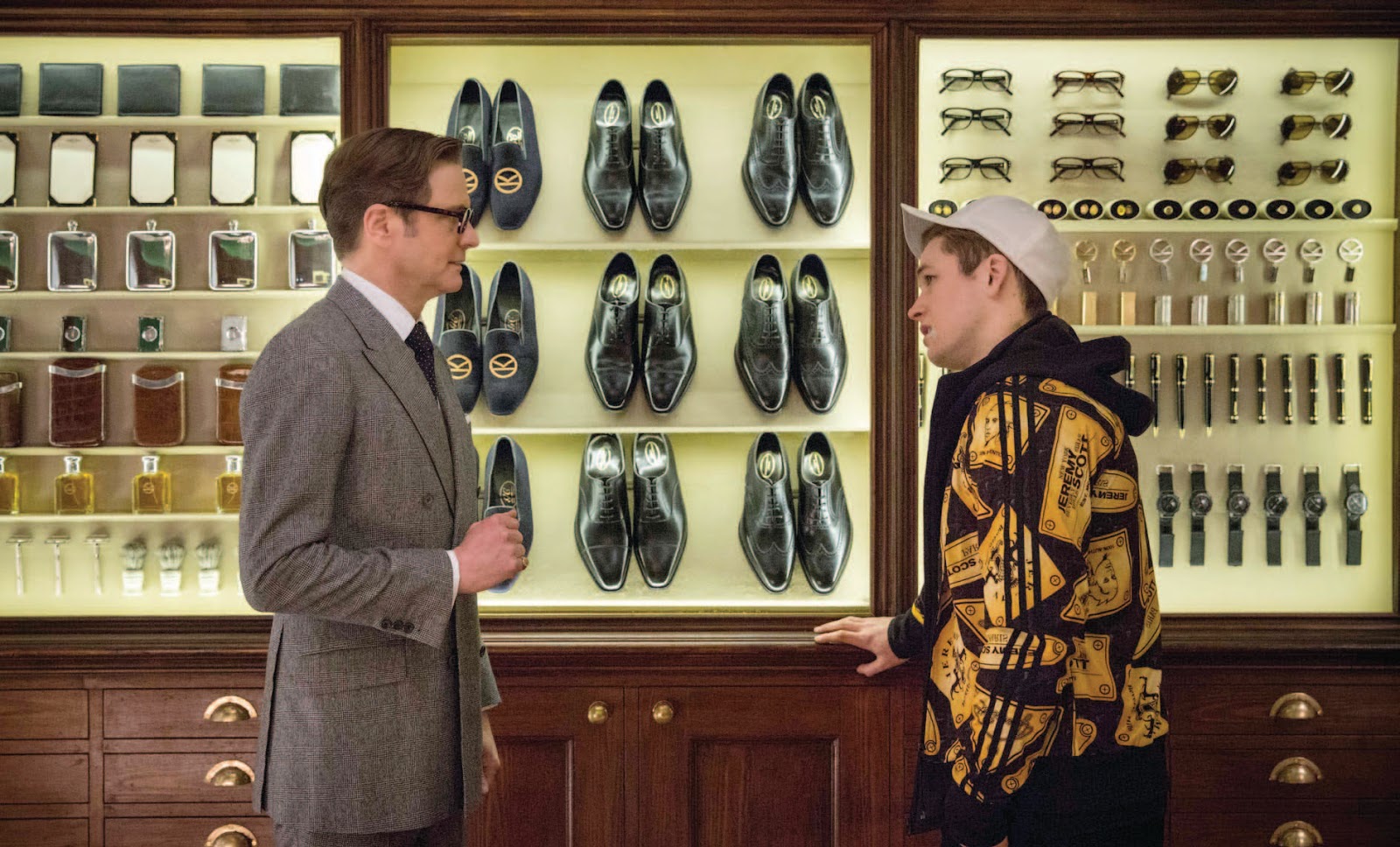 Daniel Craig is back as 007 this November in SPECTRE, but the James Bond series has long since dispensed with its often-spoofed staples, like far-fetched plots for world domination and innuendo. Very loosely adapting Mark Millar's comic series The Secret Service, Matthew Vaughn has seized upon both of these, with gusto, in Kingsman, which is comfortably the battiest Bond movie since Moonraker.

Centring around a covert organisation made up of nine gentleman spies, Kingsman opens with one of their number, Lancelot, being assassinated as part of a cover-up by communications billionaire Richmond Valentine. Each of the Kingsmen are asked to put forward a prospective replacement and Harry Hart, aka Galahad, chooses teenage tearaway Gary "Eggsy" Unwin, the son of another former agent. If he can survive the rigorous entry procedure and overcome the agency's snobbery about his working class upbringing, only gentlemanly conduct will help Eggsy face up to the unique threat posed by Valentine. 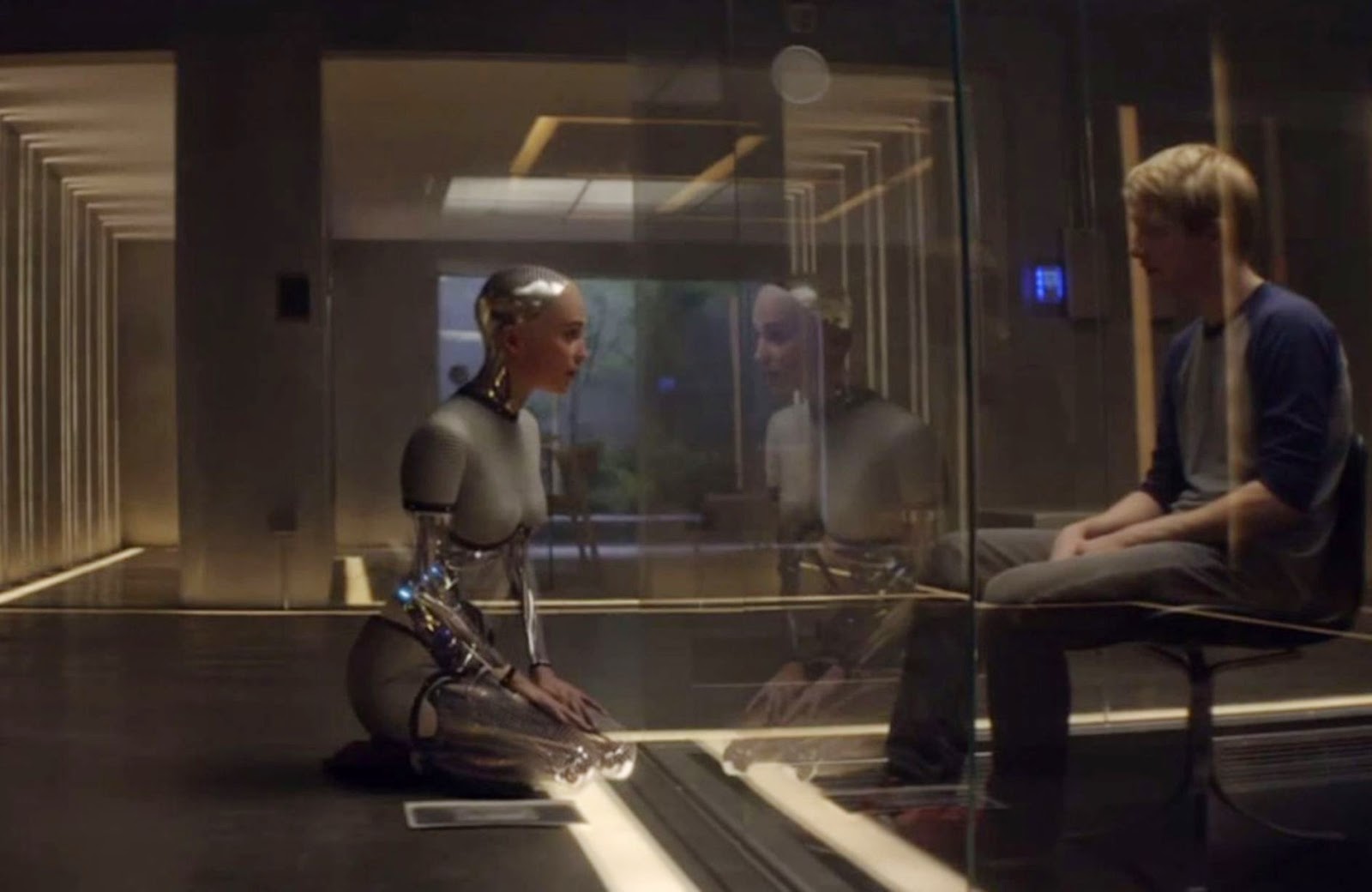 Alex Garland hasn't been getting nearly enough credit for consistently turning out terrific screenplays for British science-fiction cinema, with the revisionist horror of 28 Days Later, the survivalist parable of Sunshine, the heart-wrenching dystopia of Never Let Me Go and the comic book action of Dredd, Those were all amongst the best films of their respective years, and now Garland's directorial debut Ex Machina fits right in next to them.

Domnhall Gleeson plays Caleb, a coder for the world's top search engine, Bluebook. As the winner of a Wonka-esque lottery of the company's employees, he is invited to spend a week at the remote compound of reclusive boss-man Nathan, a paranoid, hard-drinking tech genius played by Oscar Isaac. The purpose of his visit becomes clear when he meets Ava, an artificially intelligent cyborg who happens to look like Alicia Vikander. Nathan wants Caleb to undertake the Turing test with Ava, but between the three of them, she may not be the only one whose humanity is being evaluated. 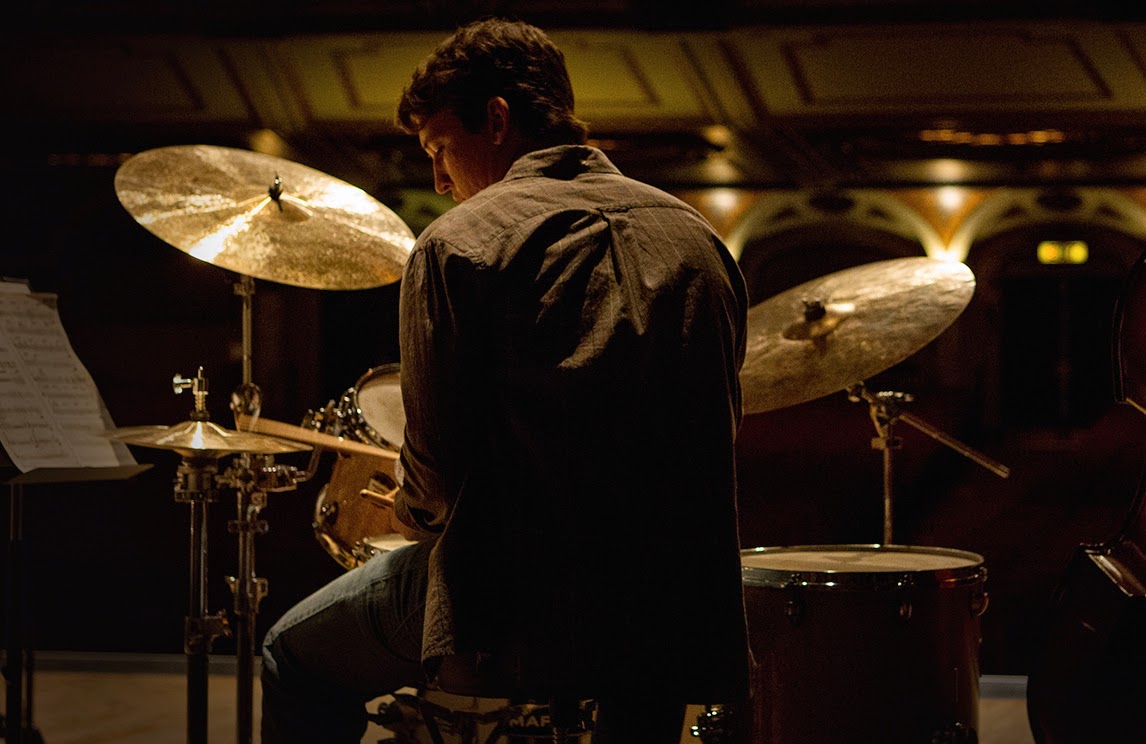 At the time of writing, I've now seen all of this year's Best Picture Oscars contenders, thanks to advance screenings and a less staggered UK release schedule. Birdman and The Grand Budapest Hotel are both great; American Sniper is kind of toxic; The Imitation Game and The Theory of Everything are both standard prestige fare, while Boyhood and Selma (review coming soon) rose above them by not going down the traditional road to worthiness.

But to my mind at least, we have a winner, and it's Damien Chazelle's Whiplash. Re-developed for feature length after Chazelle took a scene from his script and made it into a short film favourite at Sundance last year, the film follows jazz drummer Andrew Neiman, who has the ambition and perhaps even the talent to be one of the greats. He's eager to impress band-leader Terence Fletcher, but Fletcher's tactics of pushing his musicians beyond what's expected of them soon drive Andrew to a physical and emotional breaking point. 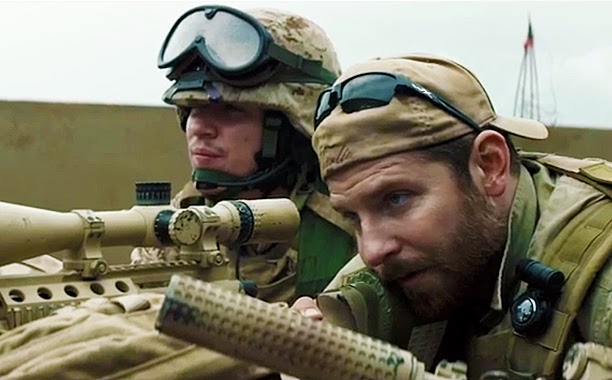 American Sniper doesn't need defending. The film racked up six Academy Award nominations, and Thursday's announcement spurred on the wide release of the film in the United States this weekend to a record-breaking $90m opening. Unfortunately, it may also be the worst film that director Clint Eastwood has ever made.

The film is based on the memoir of Navy SEAL Chris Kyle, who amassed 160 confirmed kills during four tours of duty in the Iraq War. It covers his entire military record, travelling between his exploits as leader of a direct squad on the ground in Iraq, to his fraught home life with concerned wife Taya and young kids, without necessarily having anything to say about either. 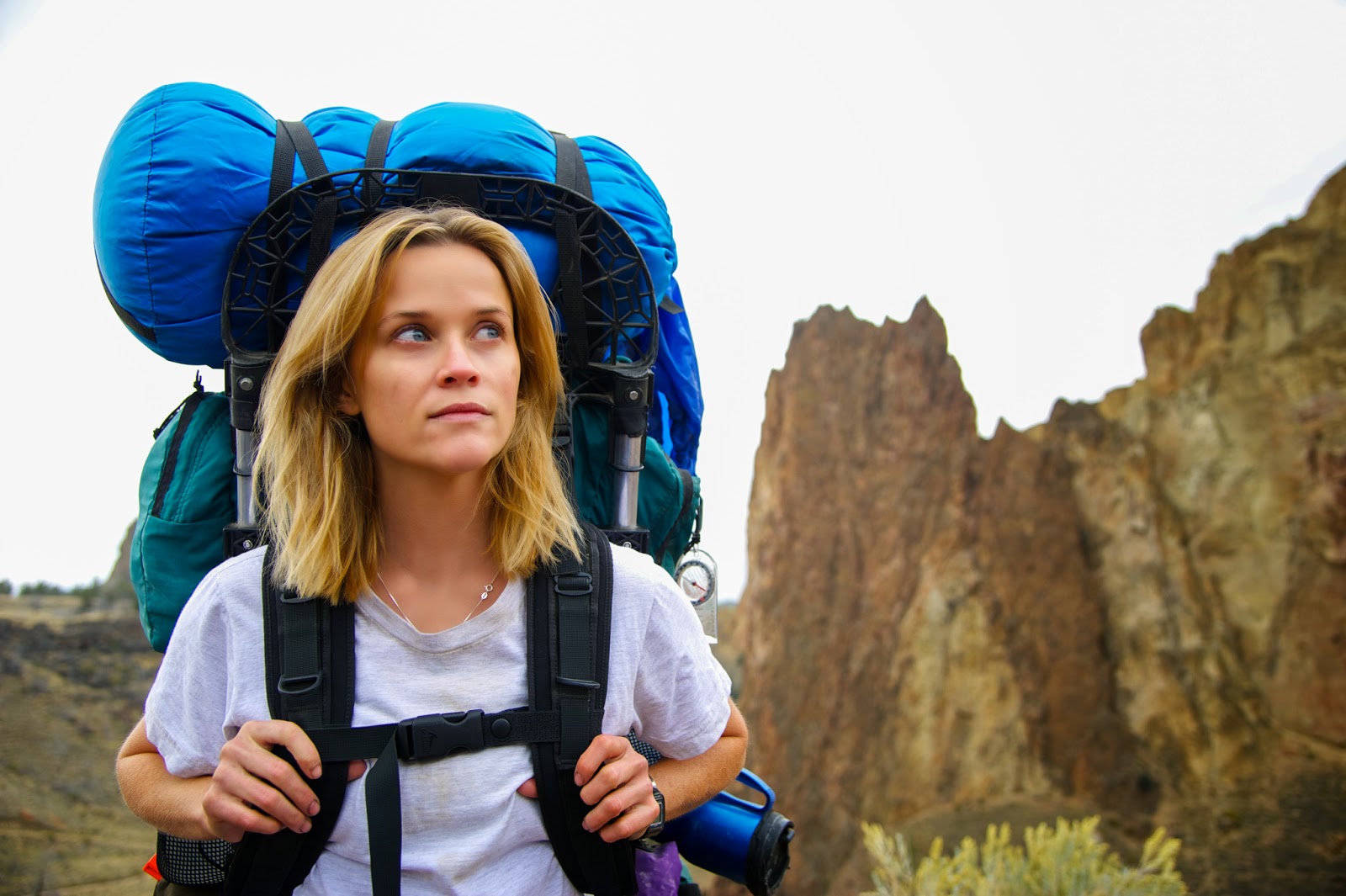 Certain films can be both uplifting and exhausting, bringing the feel-good factor not from sunny optimism, but from a hard-won victory over cynicism and adversity. The most comfortable Wild ever feels would be in that category, taking inspiration from Cheryl Strayed's memoir Wild: From Lost To Found On The Pacific Crest Trail. Like the book, the film follows her solo 1,100 mile hike across America's Pacific Crest Trail, from the Mojave Desert to the border of Washington State, through extreme weather on both ends of the spectrum, without any prior backpacking experience.

Review: INTO THE WOODS 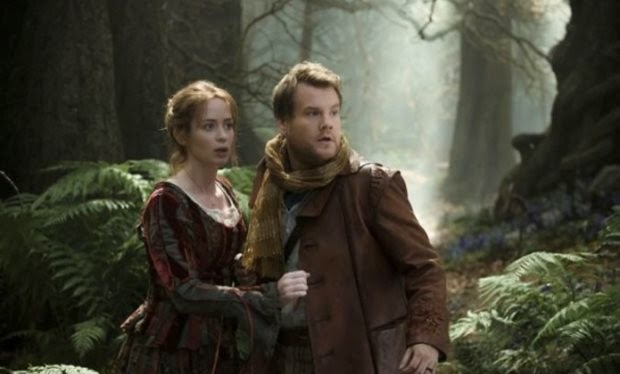 Musicals can be tough to adapt from the stage to film, but you'd think that Rob Marshall, who brought the genre into the 21st century with 2002's Oscar-winning Chicago, would be a safe pair of hands. Unfortunately, that's maybe too true of Into The Woods, a project that has flummoxed filmmakers for a good couple of decades. The much anticipated film is based on Stephen Sondheim's play, mashing up a bunch of different fairytales to more subversive effect.

In a magical kingdom by a great forest, a baker and his wife are desperate to have a child together. Alas, the baker is cursed with childlessness by the Witch who lives next door, over a quarrel with his deadbeat dad. Fortunately for them, she agrees to lift the curse in the event of a blue moon three nights hence, if they gather the ingredients she needs to make a restorative potion, including items that belong to other iconic fairytale characters.

Into The Woods is now showing at cinemas nationwide.

It's not hard to imagine a better version of Taken 3, but my preference would have come naturally out of the otherwise unnatural prominence of a giant stuffed panda that Bryan Mills buys for his daughter's 21st birthday. Suffering a complete psychological break after murdering so many Europeans in the first two films, he projects his guilt onto it as he goes on a paranoid rampage and eventually commits suicide by cop.

Alas, the underwhelming conclusion to a most unexpected trilogy is nothing so interesting. With his long-suffering daughter Kim settling into a seemingly carefree existence at college and ex-wife Lenore building bridges, Bryan's fairly content when we catch up with him again. But when he's framed for a murder he didn't commit, it's time to start punching, torturing and killing scar-faced European baddies until he gets to the bottom of things, and this time, he never even has to leave American soil.

The Time Of Their Lives (or The Big Biopic Catch-up) 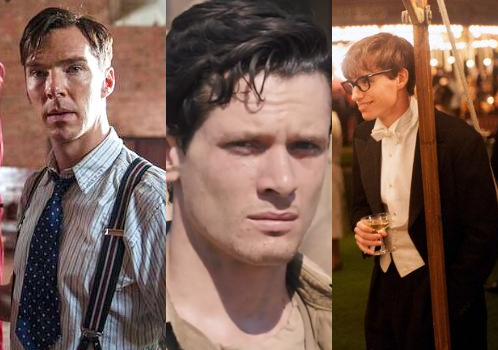 It's time for one of those catch-up posts that comes along every once in a while. Sometimes it means I've been neglecting the blog and others it means we've just had a glut of similar films in a row. Believe it or not, in this case it's both, with awards season bringing a number of biopics that mostly got through the murky territory of biopic blah unscathed- The Imitation Game, The Theory of Everything and Unbroken. 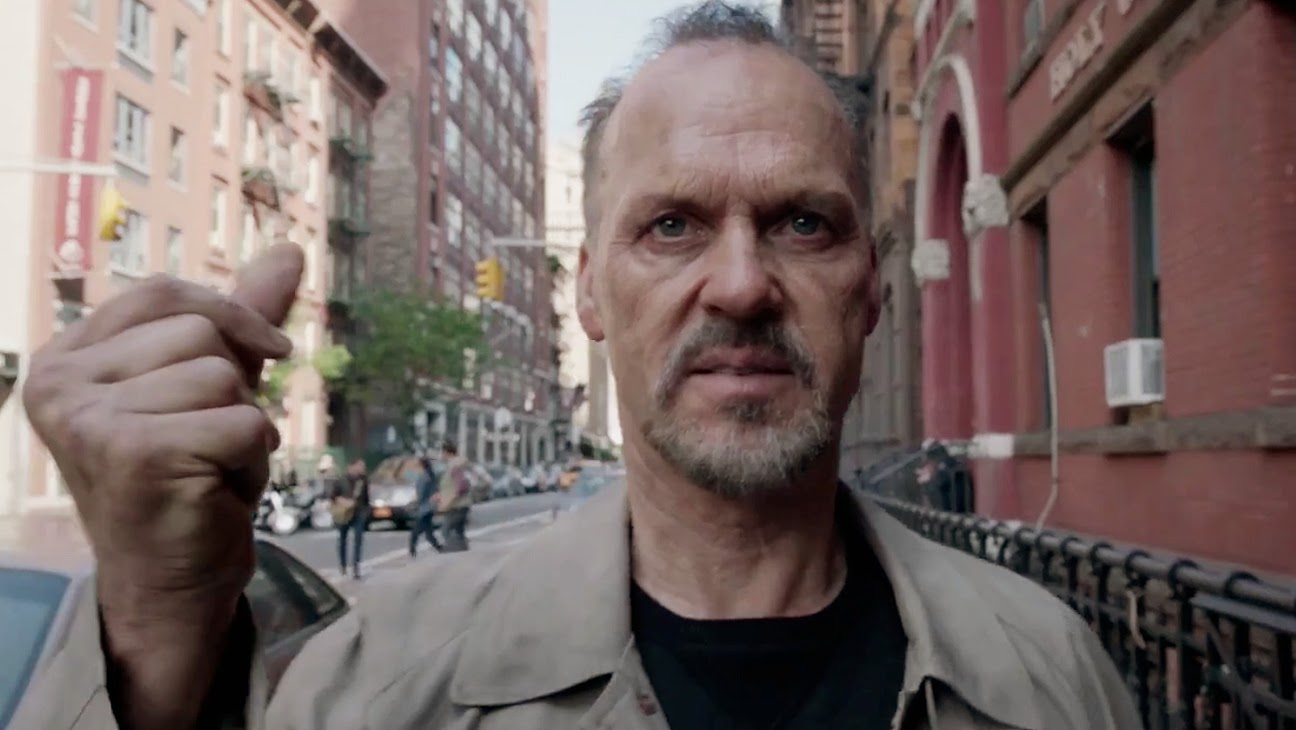 “A thing is a thing, not what is said of that thing.”

In Alejandro G. Iñárritu’s excellent Birdman, Michael Keaton plays Riggan Thomson, a washed-up movie star who has never been as popular as when he last played Birdman, a comic book hero, in 1992's Birdman 3. Now, he's angling for a comeback as a triple threat- writing, directing and starring in a Broadway adaptation of a Raymond Carver novel, but is plagued by a world-beating run of bad decisions, an egotistical co-star and his own telekinetic inner critic.