Even without the special effort I've made to avoid watching shit this year, 2014 has been a superb year at the cinema. Films like 12 Years A Slave and Boyhood are achievements that will immediately go down in film history, even if they're not necessarily amongst the films I most enjoyed this year.

I'm keeping it down to ten this year, if only because I'd end up swapping stuff in and out of the top ten (as I have been all year) if I carried on to 20. You can check out my top 25 on my Letterboxd profile, but the second I started writing about #11-#25, I'd end up changing my mind and you'd never get to read this.

This is going by UK release dates, so as usual, there are a couple of 2013 films that nevertheless didn't come out until 2014. If I had a comment on the list overall, there are a lot more international co-productions this year, which probably says something about how film funding has changed for a lot of a mid-budgeted features that usually rise to the top for me. That's not the kind of thing I'm going to examine too closely though, except to say that all of these films are a bit mint.

Email ThisBlogThis!Share to TwitterShare to FacebookShare to Pinterest
Labels: best of 2014, calvary, edge of tomorrow, frank, gone girl, grand budapest hotel, guardians of the galaxy, live die repeat, muppets most wanted, nightcrawler, the babadook, top 10 2014, what we do in the shadows

If I've done well at any of my 2014 resolutions, I have generally gotten better at avoiding shit movies. When putting together a list of older films you really want to watch, you realise that it becomes easier to make time to watch films like All About Eve, The Night of the Hunter and When Harry Met Sally when you don't waste time on new releases like Keith Lemon: The Film.

Some would say that proper film reviewers go to see everything new, but in the last few years, that's become the best way to become an expert in mediocrity. By the end of this list of the worst stuff I saw in cinemas this year, you'll see why I've decided to get a bit more selective with my time.

That means there's some stuff on the list that might never have deserved to be here if I'd watched Postman Pat, Mrs. Brown's Boys D'Movie or Grace of Monaco, but in a year that's generally been very good, these ones hurt. 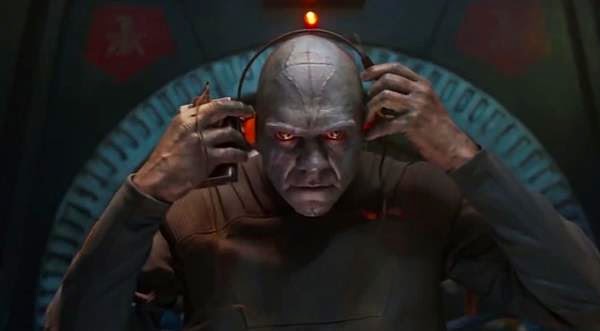 Here's a little belated Christmas present for anybody who's wondering where I've been for the last month or so. I'm still watching and writing about movies and shall endeavour to write one or two of my traditionally frantic catch-up posts in the New Year, before getting back into the usual routine. From the highs of Paddington and What We Do In The Shadows to the lows of Horrible Bosses 2 and Men, Women & Children, we've got a bit to catch up on, but that will all come in good time. For now, I've collected some musical bits and bobs from the cinema of 2014- you can find my playlist of the year in movies, after the jump...