Horns arrived in cinemas on Halloween with a campaign that emphasised its horror leanings. The film itself is curiously undefinable in genre terms, even if not always by design. It veers between Gothic romance, murder mystery, modern fairytale trappings and even pitch black comedy, all based around the faintly absurd idea of horns erupting from someone's head.

Based on Joe Hill's novel, this is the story of Ig Perrish, whose girlfriend Merrin has been brutally raped and murdered. The whole community turns on him en masse, certain that only he could have killed the town's sweetheart, making him a pariah. After one particularly drunken night, he awakens to discover the titular horns in his forehead. He also gets some satanic powers of persuasion, including the ability to make people reveal their darkest secrets, putting him on track to finding out who really killed Merrin.

It's tough to know where the line is when comparing to Twilight, because it's become such a by-word for slush and pablum that it immediately sounds like a slam. But it's doubtful there's a world where Horns is quite as weird and wonderful, (with the emphasis on the former) without those films coming around. The dreamy forest photography of this one is sometimes reminiscent of the Lionsgate series, but the melodramatic premise lends itself to moments in which it captures the satirical high concept zhuzh of Woody Allen films like Sleeper, with Daniel Radcliffe ably taking the lead role. 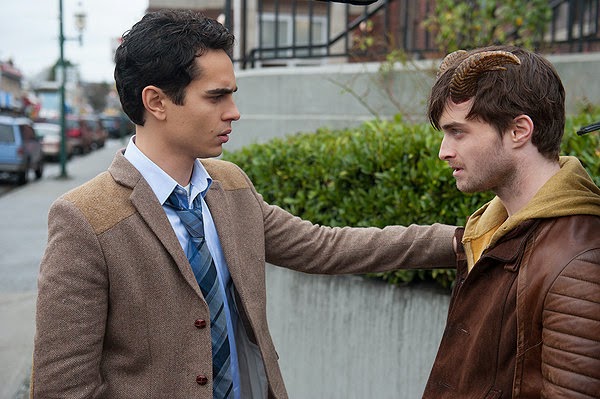 It won't be until we get through a whole review without mentioning Harry Potter that Radcliffe has well and truly shaken off his Hogwarts robes, but thus far at least, it's still a compliment to distinguish his bold career choices since Deathly Hallows wrapped up. Ig is his most distinctive role to date and he carries the film through a maelstrom of tonal changes, adapting from comedy to horror on a dime in much the same way as he did in some of David Yates' later Potter films. In equally great supporting roles, Juno Temple's Merrin makes for an alluring, inherently ethereal presence through flashbacks and David Morse gets one or two wrenchingly emotional scenes as her distraught father.

Other than them, the supporting cast are often given over to scenes of ridiculous candour when exposed to the revealing powers of the horns- in a film of rampant melodrama, Heather Graham somehow acts the most over-the-top of these, as a witness to Ig and Merrin's last meeting in a promising sub-plot that ends up going nowhere. As with Ricky Gervais' The Invention Of Lying, the premise devolves into a sequence of sketches in the middle, but it's at least funnier and better executed here, ("I want everyone to see my dick" is a highlight.)

All in all, it feels like a film that could easily have lost half an hour and Alesxandre Aja shows the same misanthropic streak that makes horror flicks like his Piranha remake so unpalatable. It could be that any other director would struggle to rein it in any better than Aja does, but given the tonal tremors that rumble and jumble throughout the film, it's a marvel that it holds together as well as it does. While the central mystery becomes a little predictable by exposure, there's an unpredictable sense of humour that keeps things lively and leads to a beguiling feeling that you probably should be enjoying this as much as you are. 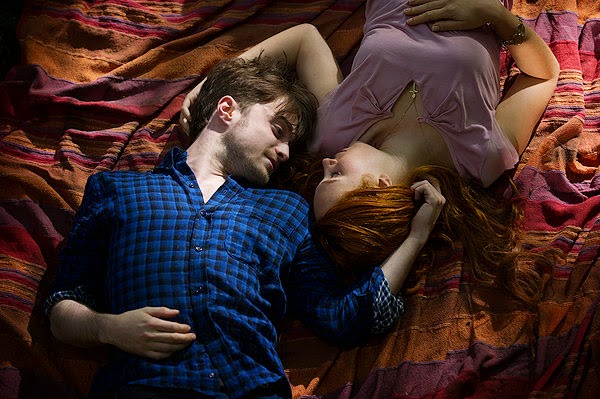 If you absolutely have to mix an atonal cocktail of genres, then Horns looks like the most fun you can possibly have doing it. The dark comedy aspects are very funny, but the overlong running time comes of taking its central murder mystery more seriously and the film sinks beneath that weight. Daniel Radcliffe's demonically exasperated performance is the constant in a wild and erratic genre flick that's worth seeing for the ride alone, even if it wears out its welcome by the end.