This is a spoiler-free review, but there will be spoiler-y details of the previous two films, especially Catching Fire, so make sure you're at least that caught up before reading on. 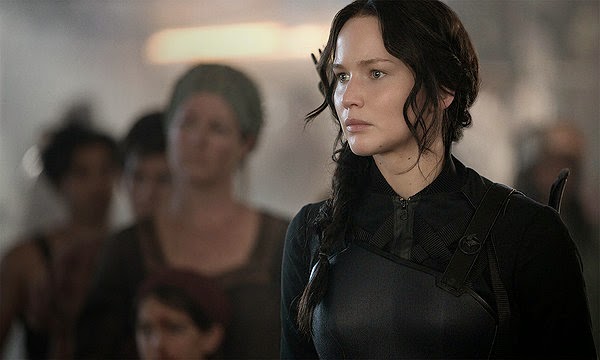 Unlike its contemporaries in the young adult genre, there's no spark of fantasy or magic in Suzanne Collins' Hunger Games novels. Katniss Everdeen is not following a path of manifest destiny and the conflicts in which she becomes embroiled are real and violent. But even with all the deaths we've seen thus far, the war for her homeland has been a media war, and never has that been more apparent in the hugely popular movie adaptations than in Mockingjay Part 1.

Following a traumatic escape from her second Games at the end of the previous film, Katniss is being kept safe by the rebellion leaders in the underground District 13. Her companion Peeta was left behind in the rescue mission and she can only gain halting reassurances that he'll be OK from her protectors, district president Alma Coin and media svengali Plutarch Heavensbee. They want her to be the Mockingjay, the symbol of the rebellion, as they aim to unite the other districts to overthrow the Capitol for once and for all.

This review will be as close to spoiler-free as I can get, but if you'd really prefer to go into Interstellar cold, come back and read this after seeing the movie. 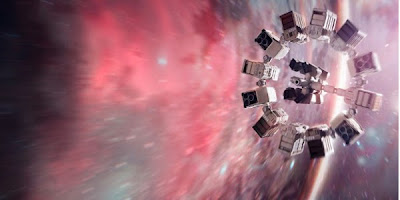 For better or worse, Interstellar lays Christopher Nolan bare as a filmmaker, revisiting many of the themes of time and familial relationships that have been touched upon in his previous works and exploring them in the manner of a big-budget thesis film. If nothing else, it's impressive that Nolan has so quickly become one of those directors who can impress himself upon every frame of a huge production such as this.

The story begins in a not-so-distant future, when Earth has regressed into a agrarian dustbowl. Farming is the biggest occupation in the world and all of the planet's crops, save corn, have died out. Former test pilot Cooper's children were born into this world, but he's frustrated that circumstances have prevented him from using his considerable talents in a useful fashion. Then a series of unearthly events lead him to NASA, where his former employers draft him for their final space mission, Endurance, to voyage through a wormhole to search for another habitable planet in deep space.

Horns arrived in cinemas on Halloween with a campaign that emphasised its horror leanings. The film itself is curiously undefinable in genre terms, even if not always by design. It veers between Gothic romance, murder mystery, modern fairytale trappings and even pitch black comedy, all based around the faintly absurd idea of horns erupting from someone's head.

Based on Joe Hill's novel, this is the story of Ig Perrish, whose girlfriend Merrin has been brutally raped and murdered. The whole community turns on him en masse, certain that only he could have killed the town's sweetheart, making him a pariah. After one particularly drunken night, he awakens to discover the titular horns in his forehead. He also gets some satanic powers of persuasion, including the ability to make people reveal their darkest secrets, putting him on track to finding out who really killed Merrin. 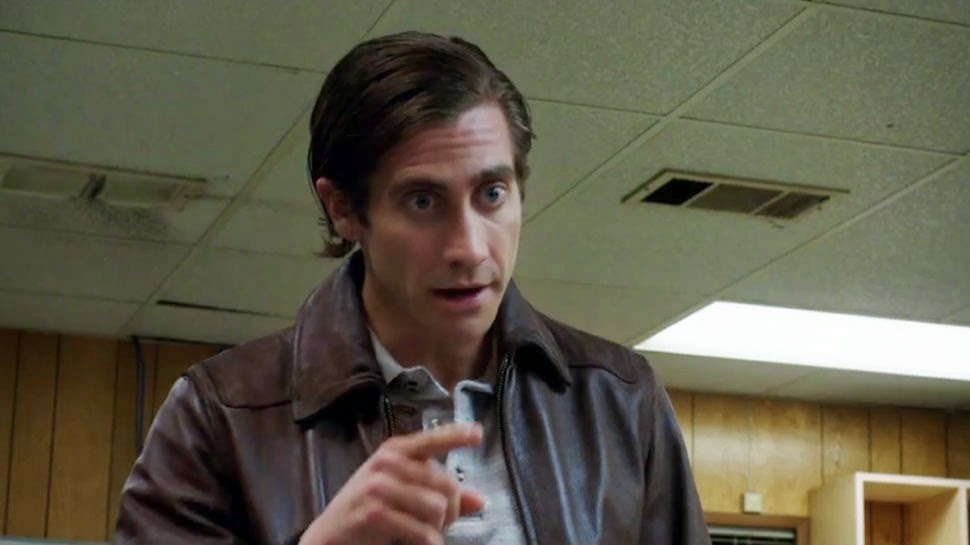 Is there a chance that the guy blogging as The Mad Prophet might just really like scathing TV newsroom satire? Definitely, but even aside from that particular taste, writer-director Dan Gilroy's Nightcrawler is an unmissable thriller, with a transformative performance from Jake Gyllenhaal as sociopathic self-starter Lou Bloom.

Unemployed Lou is scraping together a meagre living, until he discovers the opportunities available to freelance cameramen who go out after dark and film breaking stories for local breakfast news. Tooling up with a shoddy camcorder, a police scanner and an ignorance of human tragedy, Lou travels around Los Angeles after the sun goes down with one maxim in mind- "if it bleeds, it leads." He quickly captures the attention of a struggling local news producer, who pays him handsomely for his efforts, but nobody is quite prepared for how far Lou will go to advance his fledgling career.