Review: DELIVER US FROM EVIL 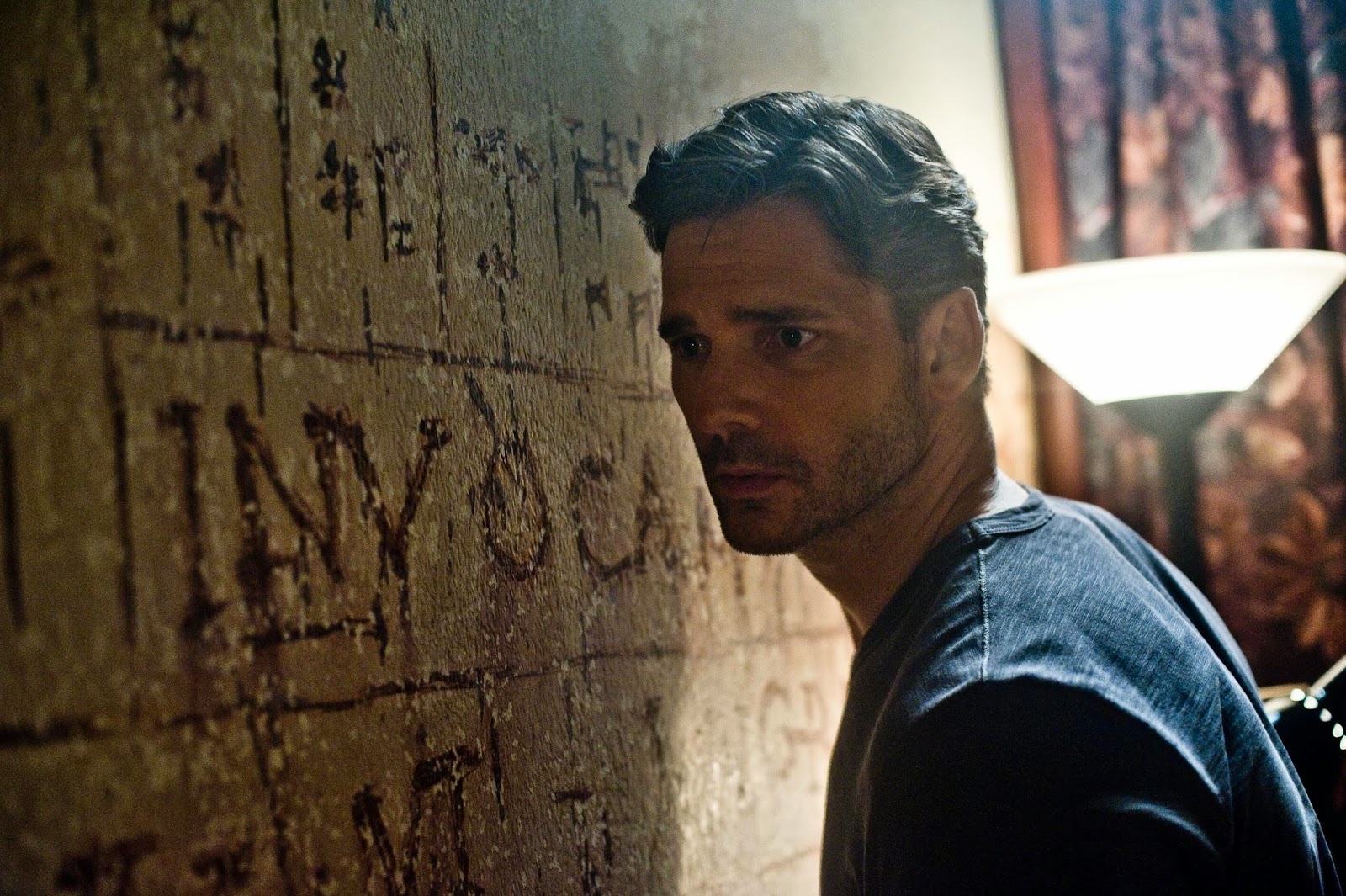 Over the last decade or so, writer and director Scott Derrickson has gradually become one of the main movers in horror cinema. Part of what makes him so interesting is that he's open about the fact that he makes horror films to get to grips with fears of the immaterial and supernatural which arise from his own Christian faith. This informs the viewing experience of Deliver Us From Evil substantially.

Based on the memoirs of NYPD sergeant Ralph Sarchie, it plays up the police procedural aspect more than the supernatural thrills. The story starts when a deranged woman throws her infant child into a ravine and Sarchie and his partner manage to find a connection between the episode and other crimes they have attended on the same night. At first, only shonky decorating and a recital of The Doors' music are their only clues, but the interjection of a demon-fighting priest sheds light on a supernatural influence in New York.

Like last summer's The Conjuring, the relationship between the events depicted in this film and the truth definitely isn't as close as the marketing has made out. Again, Derrickson has been open about he adapted Sarchie's memoirs to make it work as a film- the book was published in 2001, but the film updates the action to 2013. To set it in 2014 would really have stretched credulity, given how quick the film has come out, but that's a comparatively rare glimpse of the exposed workings behind bringing the story to the screen. After that, the progression of the story becomes a little more mind-boggling. 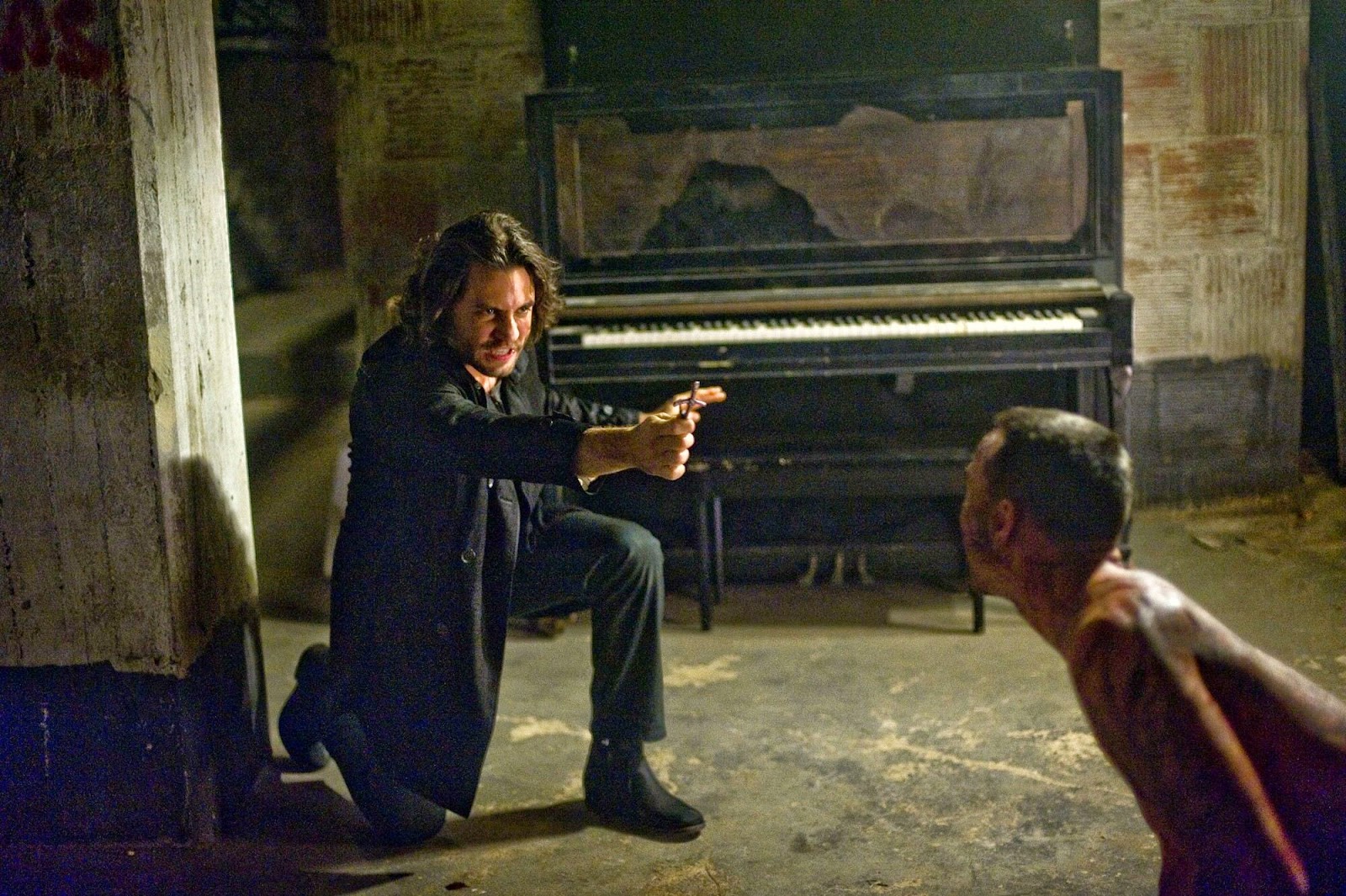 Without delving into whether or not I personally credit Sarchie's view of himself, his work and the existence of demons and whatnot, Deliver Us From Evil's genre hybridisation makes it something of a novelty in the sub-genre which it occupies. Unfavourable comparisons have been made by some reviewers, on account of the film's references to Se7en (cops investigating the occult in the never-ending rain) and The Exorcist (which is a genre touchstone anyway) but this is in line with less lauded fare like Fallen, the crime chiller which pitted Denzel Washington's detective against the Devil.

I'm a big fan of Fallen, but with all the goodwill in the world, this ain't Fallen. Eric Bana Bronxes up a storm and sets about enlivening Sarchie's self-image as a hard-bitten cop, who is wearied by human evil long before he gets to the supernatural. Weirdly, the script lets him down by playing this as an origin story, with Edgar Ramirez's hard-drinking, chain-smoking priest playing the role of Sarchie's conscience to convince him that the latest demonic shit he's seeing is, in fact, demonic. If the film overruns, then the staid Refusal of the Call could have been the first thing to go.

It's a part of what feels like the adaptation taking the audience as hostile witnesses. There's an old quote from William Friedkin about taking early hospital scenes out of The Exorcist because the title alone would hardly leave anyone in the audience under the delusion that young Regan's problems would turn out to be medically solvable. This one could have used a bit of that. It also sells itself out with some misjudged comedy- there are several fake-out jump scares involving animals and Community's Joel McHale seems utterly lost as a wise-cracking sidekick who provides limp one-liners. Similar lapses serve to undercut the film's climactic setpiece, which pulls out all the stops to stand apart from its contemporaries in the genre but still stumbles over some pace-killing comic cutaways.

Part of the reason that I want this to be better than it is, is because Derrickson seems to really value the experience of horror films as a cathartic process. He's not typically one for cheap jump scares or misanthropic characters, which is part of why his swipes at those tropes here glance off harmlessly. But the alternative has left mainstream horror almost uniquely independent of usual storytelling rules about closure. This is the genre that chases after the kind of disturbing thought that niggles in your mind days and weeks after you've seen the film, rather than offering catharsis. Sure, that's what makes scary movies, but it's turned out for the worse in a lot of cases- think of The Devil Inside, whose dramatic climax is a fucking website URL, as the nadir of the more cynical pursuits. 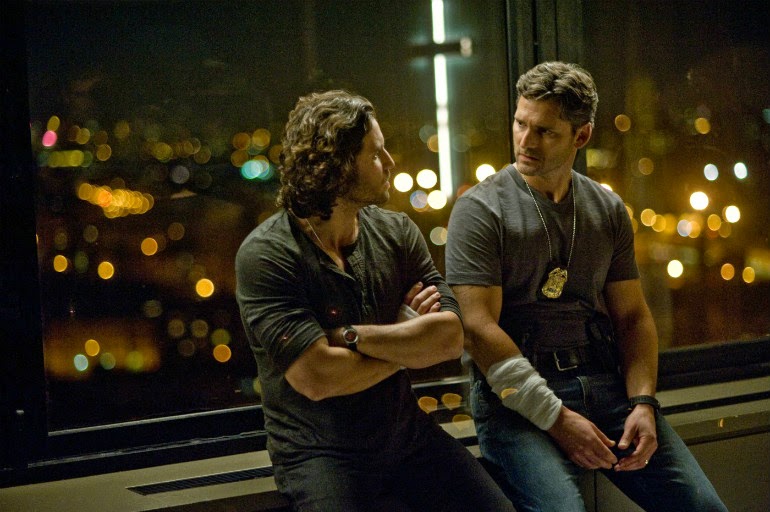 Deliver Us From Evil comes from a more sincere place than many other modern exorcism movies, but it sells out by adapting even more sincere material into a more palatable form. It's less discomfiting than it is uncomfortable in itself, going from over-the-top grisly in its opening act to a more low-key and convoluted narrative, before closing on a howling new spin on previous versions of an iconic scenario. As a novelty, it's not half bad, and its heart and mind are in the right place in relation to the rest of mainstream movies about possession and exorcism. Alas, if you're already entirely sick of those movies, this isn't good enough to change your mind.