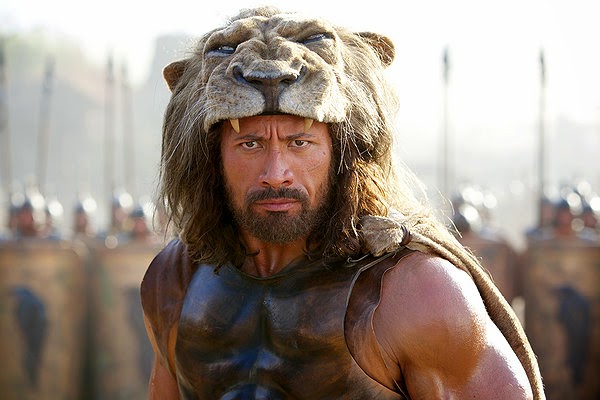 Like asteroids, Snow White and exploded White Houses before him, Hercules gets two new movies on the big screen within a few months of one another, both in 3D. Has this kind of clash ever panned out well for anybody?

Anyway, the latter (and bigger) of the two is currently playing in cinemas. Brett Ratner's Hercules, stars Dwayne Johnson as the hero of a take nominally based on Steve Moore's graphic novel The Thracian Wars. But earlier this year, you might have missed Renny Harlin's The Legend of Hercules, which starred Kellan Lutz as the legendarily strong hero. Seeing as how most youngsters will know either the 1997 Disney movie or the beloved Sam Raimi-produced series Hercules: The Legendary Journeys, let's see how these new takes measure up... FIGHT!

At the height of the busy summer season, Earth to Echo has arrived in cinemas with little fanfare. Nevertheless, here's a film that deserves the family ticket fee and more importantly, it feels like it will pick up some cult appreciation amongst its target audience further down the line. I'm prepared to say that time will tell on this one.

The film takes place in a neighbourhood that is about to be uprooted to make way for a new overpass, where three best friends- Alex, Tuck and Munch- are about to be separated for good. In the final week before they all move, their phones start displaying strange signals, possibly caused by interference with the phone network at the building site. They make a bike journey to the source of the signal as their final adventure together and happen upon an alien robot that is attempting to repair the key to its spaceship. 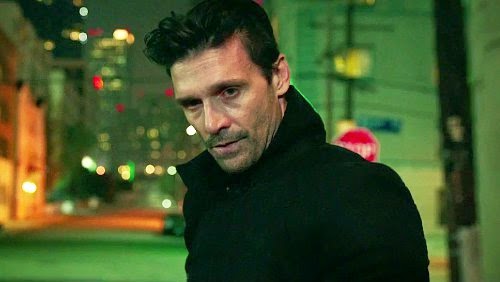 Headed up by powerhouse producer Jason Blum, Blumhouse Productions has been leading the way in cheaply made, highly profitable genre fare since it picked up Paranormal Activity. Of all of its fledgling franchises, (including Insidious and Sinister) the one with the most potential is The Purge and its sequel, the latter of which goes some way towards fulfilling all of the possibilities that it suggests.

For those who are having trouble remembering last summer, the premise is that within a decade, the New Founding Fathers of America have tackled crime and unemployment by arranging an annual no-holds-barred festival in which all crimes, INCLUDING MURDER, are legal for 12 hours. As the Purge of 2023 commences, The Purge: Anarchy follows five people who are, for various reasons, marooned in downtown LA where they would be sitting ducks for murderous gangs and mysterious death squads, if not for the alarming preparedness of one of their number. 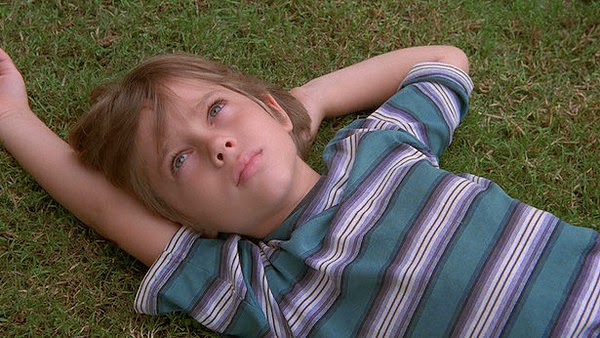 "I wanted the whole film to feel like a memory -- how you might feel if you looked back on your life."

Maybe it's a bit trite to sum up a film in the filmmaker's own terms, but that pretty much covers it. It's Linklater's grasp on his storytelling and craft that shines through in all of his movies, so it's good a place as any to kick off explaining why Boyhood, a film which was shot a little bit at a time over the course of 12 years, covering the formative years of both a character called Mason Jr and an actor called Ellar Coltrane, is so engrossing. It's altogether tougher to figure out where this review should end, but we'll burn that bridge when we come to it.

DAWN OF THE PLANET OF THE APES- Review 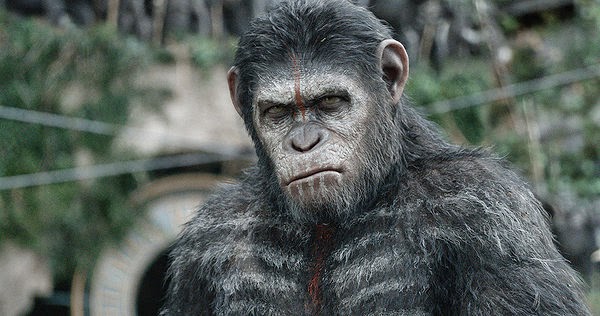 Ten winters on from the events of Rise, Caesar and his fellow apes have used their augmented intelligence to build a peaceful society in the forests of San Francisco. Mankind has become all but extinct after the chemical compound from the previous film turned out to be lethal to humans, so the apes are surprised and mistrustful when a group of human interlopers appear to threaten their stability. The humans, led by army veteran Dreyfus, are just as wary, having dubbed the pandemic "simian flu". Luckily, Caesar and a human named Malcolm are more pragmatic and together they try and foster a peaceful co-existence between the surviving humans and the thriving apes. 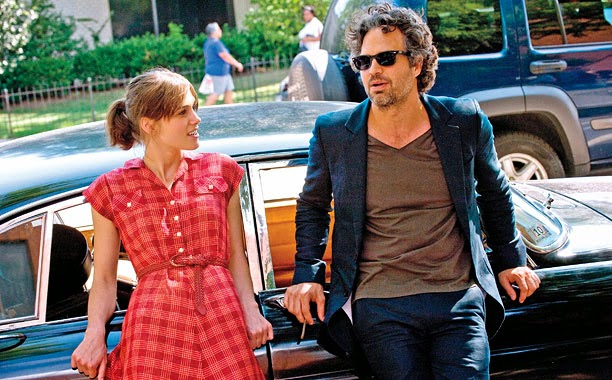 Sometimes, it's fun being a little behind the curve on watching critical darlings. If there's some acclaimed film that I've missed in the past few years, there's no weight of expectation on the next film from the same director, if that happens to be the first one that I see. In this case, Begin Again immediately made me want to check out Once, so there's that to look forward to as well.

John Carney's second musical drama is evidently slightly bigger, transplanted from Dublin to New York. Originally titled Can A Song Save Your Life?, the film opens with a ramshackle open mic performance by Greta, a British singer-songwriter, which is witnessed by Dan, a drunk and depressed music producer. After backtracking and showing how the two of them happened across one another that evening, they find common catharsis for their traumatic experiences with the music industry by recording an album in locations around the city.

HOW TO TRAIN YOUR DRAGON 2- Review 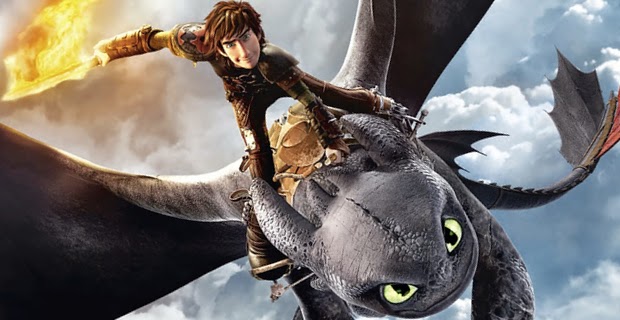 In a market where the turnaround for sequels is so quick, it feels like it's been a long time since Hiccup and Toothless first arrived on the big screen. By our reckoning, that makes How To Train Your Dragon 2 the most anticipated animated feature of the year by some distance. Young fans will have had the animated series Dragons: Riders Of Berk to tide them over, but assuming that many of us who loved the first film might not have got around to the series, we've been eager to see where the story goes next.

At the start of the sequel, we find that around the same amount of time has elapsed in the story too. Five years on, the once-drakonophobic Viking folk of Berk have overcome their ignorance and fully integrated with the dragons, using them to imagine new sports, aid in their industry and crucially, explore the world. The now-teenaged Hiccup is dedicated to exploring, flying around atop Toothless and charting new territory, much to the frustration of his conservative dad and tribe chief, Stoick. In the course of his travels, he happens across dragon trappers who are working for the mysterious Drago Bludvist, who aims to use his mysterious power over dragons to take over the world.

Read more on Den Of Geek »

How To Train Your Dragon 2 is now showing, in 2D and 3D, at cinemas nationwide. 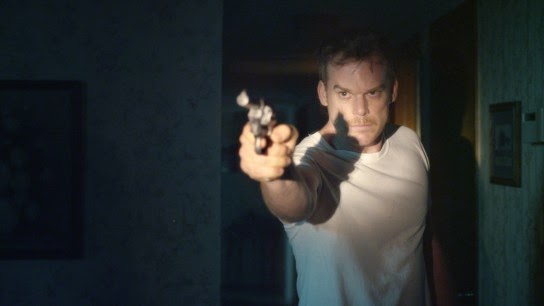 If nothing else, Cold in July should probably be remembered for having one of the best trailers of the year. It successfully builds an atmosphere for the whole film right away, with its selective editing, enticing narrative hooks and foreboding synthesiser score. But the real achievement, amidst a glut of TMI movie marketing, is that it doesn't give away a single thing about the film's myriad twists and turns.

It feels safe, therefore, to tell you as much about the plot as the trailer reveals. Richard Dane is a family man who works in a store that sells picture frames in Texas in 1989. His world is turned upside down when he catches an intruder in his home one night and shoots him dead. Although he's celebrated for his bravery in the community, he feels overwhelming guilt from his actions. His unease proves to be well-founded when the ex-con father of the man he shot comes into town, looking for answers about his son.