THE OTHER WOMAN- Review 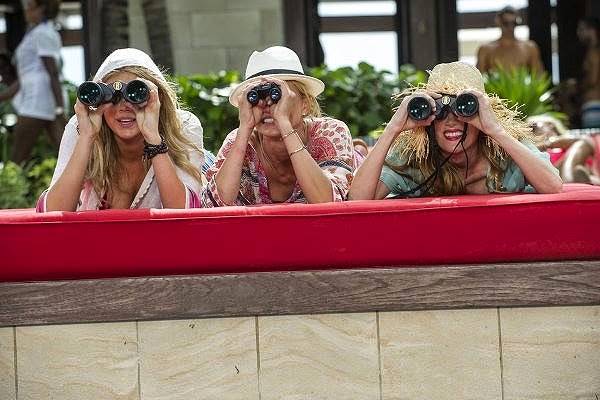 After what feels like a whole month of comic book intrigue, thumping macho action and... comic book intrigue, the multiplexes are probably ready for a little counter-programming. With the same level of character development and slack grasp on reality as Friday's Transcendence, The Other Woman only contrasts with the crowd as another romantic comedy that feels cobbled together by a (very male) committee, focus-grouped down to the lowest common denominator and embalmed in studio gloss.

Though clearly mounted with aspirations to the all-prevailing Judd Apatow comedy style, this would-be raunchy comedy averages out as a relatively tame studio effort. The story starts with high-flying lawyer Carly discovering that her new boyfriend Mark is married, and then reluctantly befriending Kate, his devastated wife. When they discover a second mistress, Amber, all three of them team up to wreak vengeance on the man who has messed them about.

This is a backhanded compliment if ever there was one, but this film isn't quite as repulsive as the trailers made it look. There's definitely the germ of a half-decent script in there somewhere along the line- screenwriter Melissa Stack appeared on a previous year's Black List with a different script. Her characters here all have solid motivations driving them, and it's not a script that's targeted at women like a big generic projectile of chick-flickiness, as much as it's just a below-par sitcom-grade execution of a potentially killer premise. 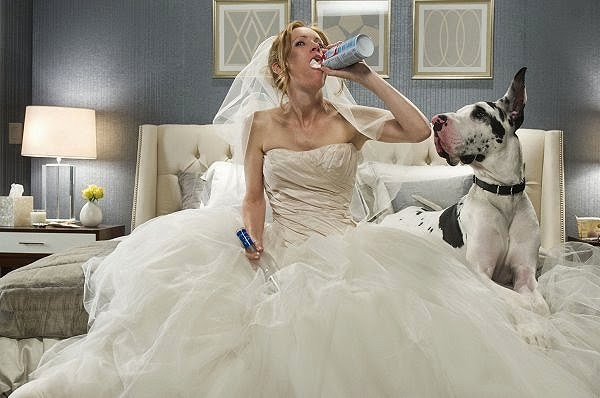 I would be surprised to find out that it wasn't originally intended as a buddy movie with Carly and Kate, because Cameron Diaz is clearly playing the straight woman to Leslie Mann's heartbroken histrionics, and if it were just the two of them, that would work fine. Kate Upton's Amber is said to bring up the group average on attractiveness, (their crappy dialogue, not mine) but she also over-balances the buddy dynamic without really contributing anything to the plot.

It stinks of someone having air-dropped a character into the script for her to play- see also: the inexplicable casting of Nicki Minaj as Carly's vapid assistant.. It's not like Upton's not trying, but she has the acting skills of an underwear model as well as the looks, and everyone behind the scenes seems happy to try and substitute the metronomic jiggling of her cleavage for the well-honed comic timing that Diaz and Mann bring to the table. She's also far from the stinkiest thing in the film.

In case you haven't noticed before, I'm a bit of a Leslie Mann apologist, but it's getting to the point where I wish she'd just be in good movies, instead of being the very best thing about mediocre or downright shitty ones. She's become very adept at the insecure housewife role, as a result of a certain amount of typecasting, but she's an expert at wringing both belly laughs and pathos from anything- there isn't a single screen crier out there, comical or sympathetic, who can match her performances. She doesn't just get most of the laughs in this film, she gets all of them, and it's frankly a bit embarrassing for everyone else.

You could draw up your Other Woman bingo card before you even go in, and probably get a full house long before when the three women sit down to a Cyndi Lauper-tracked montage of drinks and plotting against Nikolaj Coster-Waldau's Mark. Even in rehashing other films like this one though, it's an utterly unbalanced film, playing too coy for the sake of a 12A rating for the most part, and then enacting 10 years worth of Farrelly-grade gross-out jokes on Mark within 105 minutes, and finishing him off with a bizarrely grisly humiliation. Either all of that stuff existed to begin with, before the edges were filed off, or the filmmakers sat there making it up as they went along. 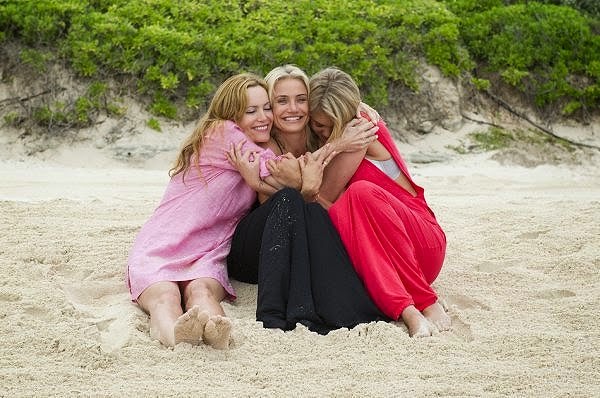 The Other Woman isn't so offensively bad as to be unwatchable, (hey, there's a poster quote for you) but there's really very little to recommend it other than Leslie Mann's reliably solid performance. The female target audience seems to be polarised between touting it as a cheesy girl's night out flick, or decrying it as misogynistic trash, which should tell you how muddled it is. Though grounded in a script that, at one point, had sympathetic character arcs and a slappable villain, the execution is too tentative about being rude for the most part, and winds up over-compensating whenever it really goes for it. Laughs are few and far between, but when they do come, they help Mann run away with the whole show.

I'm Mark the mad prophet, and until next time, don't watch anything I wouldn't watch
Posted by Mark at 12:50