I didn't get to see quite as many films in the cinema in 2013, mostly due to time constraints, but at least partly due to doing a much better job of swerving the ones that looked like stinkers. As I run through my annual list of the worst films I saw this year, there might be some films that are absent that you feel are much worse than my choices.

Well, firstly, it's subjective, but mostly, it's unlikely I've seen them. Especially Grown Ups 2- I'm still blissfully ignorant of the whole Grown-Ups saga thus far. On top of that, this is the year where Michael Bay made a movie that was good enough to stay off this list, so that's something. 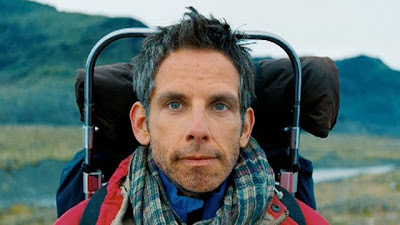 It's December 30th 2013, and if you're reading this early in the day, you still pretty much have two whole days to squeeze in one last cinema trip for the year. As I've fallen behind with reviews in the last couple of weeks, (it's Christmas, dammit!) now seems as good a time as any to go through some of your options. 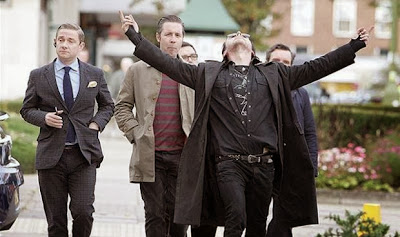 It's getting to that time of year, so you'll already know that best/worst lists are incoming, but let's kick things off with a look back at the year in movies, in music. 2013 had some great original soundtracks, some inspired uses of familiar songs, and even some cracking trailer music, and I've collected my favourite bits and bobs in a Spotify playlist, which you can find after the jump, along with my analysis and explanation of my choices. 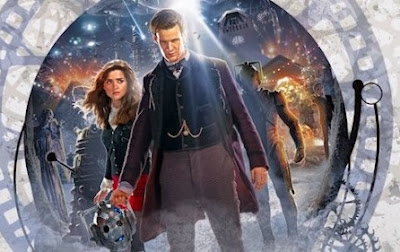 I've blogged much less about Doctor Who in that the show has celebrated its 50th anniversary, which might seem somewhat counter to the amount of stuff there was to talk about. Eight new episodes to close out the seventh series, two hugely anticipated specials, three regenerations and the announcement that Malcolm fucking Tucker is going to be the Doctor.

While I'm playing catch-up anyway, here's a post, on the last Saturday of the year, which reflects on what has been one of the best years to be a Doctor Who fan, discussing everything from The Bells of St. John to Matt Smith's final hurrah in The Time of the Doctor. And hell, as it's a year late, let's also throw in last year's Christmas special, The Snowmen, too- not only because it launched Series 7B proper, but because this year has been very much about the Doctor's new companion, Clara Oswald. 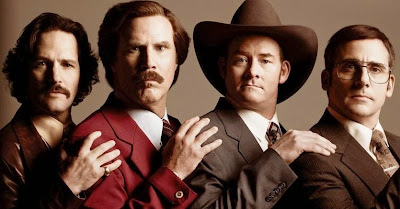 Making a sequel to Anchorman: The Legend of Ron Burgundy was by no means a no-brainer. Despite the huge cult success that the film has found in the last nine years, that film was always the result of a punishing test process that left them with enough footage to make a whole other spin-off movie for DVD, and a main feature that was much more comedic and absurd, than story-driven.

Anchorman 2: The Legend Continues is ostensibly just as anarchic and surreal as the first film, but the benefit of increased creative freedom from a studio who never "got it" the first time around, is a double-edged sword. Ron's arrogance and ignorance to the levels of the first film as he's fired from his cushy national news job for incompetence, while his long-suffering wife, Veronica, is promoted to the network's top job. In the advent of 24-hour news, Ron soon finds another job, and re-assembles his news team with the goal of getting to #1 in the ratings again, no matter how much he has to dumb down the news to do it. 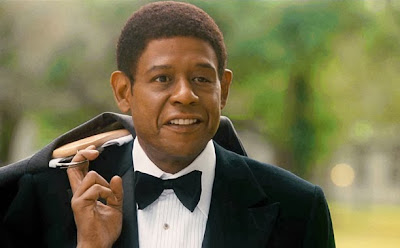 Without being entirely familiar with the story on which The Butler is based, I couldn't possibly comment on how the film deviates from the true story of Eugene Allen, an African American butler who worked at the White House for more than three decades. It doesn't surprise me at all to find out that a director like Lee Daniels has made the tale more melodramatic, but I'm not sure that lets his film down either.

The film's titular butler is Cecil Gaines, who comes to the attention of White House recruiters, precisely for the reason that he draws so little attention to himself. Arriving in the Oval Office in President Eisenhower's time, he continues to work there through the administrations of Kennedy, Johnson, Nixon, Ford and Reagan, becoming privy to all kinds of discussions about civil rights policy, but never saying a word. In contrast to his professional life, his family life is more turbulent, particularly as his eldest son, Louis, gets involved in the civil rights movement.

THE HOBBIT: THE DESOLATION OF SMAUG- Review

This review will contain plot details about An Unexpected Journey and the Lord of the Rings trilogy, but will not contain spoilers for the new film. 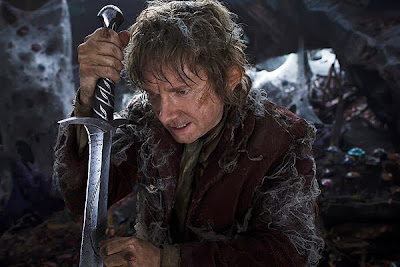 Peter Jackson's second Hobbit movie, The Desolation of Smaug, begins with a prologue that takes place before the first film, so that's also where this review will begin. When Guillermo del Toro was poised to write and direct these adaptations, there were only two films- An Unexpected Journey and There And Back Again. It became three once del Toro left the project, and Jackson took over as director.

Perhaps that explains why this feels like something of a kit-bashed middle chapter, made using bits of two halves from two different films. Bilbo Baggins ploughs forward in his quest as a burglar for the dwarves of Erebor with new resolve, on their way to reclaim their mountain from the fearsome Smaug. Along the way, they tangle with a shape-changing bear, some giant spiders and a corrupt township, but the larger threat is the dragon, and a greed that could claim the hearts of all in Middle Earth. 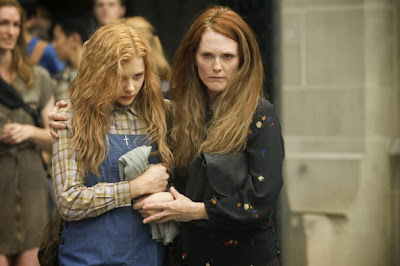 Given how my time has recently been taken up by either being so busy that I don't have time to go and see movies, or being so knackered from the busy stuff that I want to just not do anything until 2014, it feels like we have a bit of catching up to do. Happily, we can lump together a couple of remakes for short reviews- Kimberley Peirce's Carrie and Spike Lee's Oldboy.

Both of these films have been criticised for skewing closely to their respective, better regarded predecessors- Brian De Palma's 1976 coming-of-age horror movie and Park Chan-wook's breakthrough 2003 revenge thriller, respectively- but how do they stand up on their own merits? 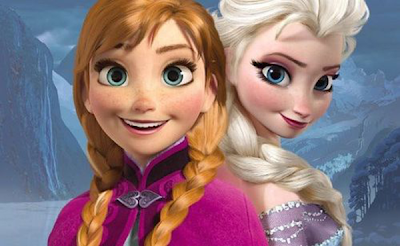 Disney has been trying to make a film out of The Snow Queen since the 1940s, and for the last seventy years, their best minds have puzzled over how to modernise the tale, and make its female characters "relatable". In the midst of their current craze for adjectives, they've finally cracked it with Frozen, a loose adaptation of Andersen's tale, which also kicks the studio's current revival up another notch.

The film centres around two royal sisters, Elsa and Anna, the former of whom has the power to create ice and frost. When she nearly freezes Anna to death by accident, Elsa withdraws to her room, keeping herself hidden from the world and also shutting out her sister. Several years later, Elsa loses control on the day of her coronation as queen, shrouds her whole kingdom in an eternal winter and retreats to the wild. Despite a pending engagement, Anna immediately takes off on a quest to bring her back, determined to thaw both the kingdom and her long-lost sister.