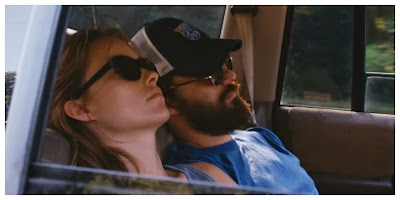 I like alcohol, but I do tend to take against mumblecore movies, so you can see how I was torn on Joe Swanberg's Drinking Buddies. Eventually, I decided to sit down with a beer and watch it a few months ago, which actually worked out pretty well. At the same time as I enjoyed it, it's not an excess of drink that made me forget about it entirely, until I saw it was being released in UK cinemas, last Friday.

At the same time as being more interesting as a character study than many more mumbly films of its ilk, it's also not especially big on story. The film takes place in a craft brewery in Chicago, where best mates Kate and Luke are co-workers. They spend their days flirting together, and their evenings drinking heavily, but both of them are already attached- Kate has a boyfriend, Chris, and Luke is engaged to Jill. After a weekend away together, all four of them reconsider their relationships, particularly as beer goggles blur the already-muddly line between friendship and love.

I realise that films as stultifying as Greenberg probably shouldn't have put me off the mumblecore movement altogether, any more than I should avoid all comedies because of Movie 43, but as I've discussed in the past, I genuinely don't have any interest in films that prize lo-fi thrown-together filmmaking, directionless storytelling and piss-poor Manic Pixie Dream Girl female characters as "naturalistic". On these grounds, from what I've heard of Swanberg's work as a director, I was unsure that I'd ever like any of his films. 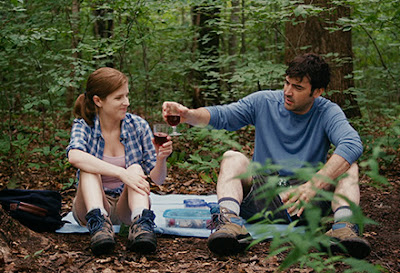 All of this is to say that even with all of my bias against this type of film, I found Drinking Buddies to be a much more interesting and, yes... properly "naturalistic" character study than I have yet seen from the movement. A lack of narrative momentum can, at least in part, be remedied by an effective sense of voyeurism, and this one actually carries off a real enough sense of its characters' lives that you do feel like you're looking into their lives, as opposed to going "That's 40-something Ben Stiller telling me he's actively not going to do anything in this movie."

The four leads are played by Olivia Wilde, Jake Johnston, Anna Kendrick and Ron Livingston- of those actors, it's Wilde who really gets a chance to shine here. She's occasionally fallen foul of the Gemma Arterton problem in the way she's been cast, as eye-candy in tentpole movies and raunchy comedies, but she excels as Kate, a really blithe, level-headed woman, who's really, properly into Johnston's Luke. The chemistry between the two is electric, in a really low-key and likeable kind of way, and that carries what could have been a plotless mush well past an hour of screen-time all by itself.

You wouldn't strain your brain if you tried to predict where this was going, but the film finds more intrigue in how our protagonists' partners, Chris and Jill, find each other more easily than their more friendly partners. Both are well-cast- Livingston has a well-honed line in bashful romanticism, and Kendrick is just delightful, as usual. While Kate and Luke have more complex feelings between them, keeping them from more lustful interactions, but Chris and Jill are more straight-forward in their attraction to one another. Both dynamics work well, and inform the scenes between "proper" couples throughout in a surprisingly fascinating way. 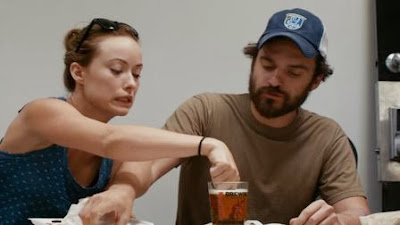 Just like a review of a film that doesn't technically have much of a narrative, Drinking Buddies eventually runs out of things to say, but it's both unassuming and unpredictable throughout. The performers have the acting chops to build a strong four-way chemistry, which really gives the film the legs to carry on past a nominal story. More than anything else, it's a film about beer that always feels relaxed and naturally free of inhibition- as lo-fi and incidental (and apparently forgettable) as it is, that means it has most 3D movies beat for an immersive film-viewing experience.