This is a spoiler-free review- I'll be posting a more in-depth look at this year's Marvel movies later in the year, but if you still don't want to know anything, then proceed with caution... 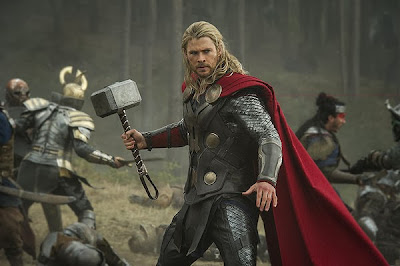 It's somewhat surprising to think that Thor has now appeared in three movies in as many years. It really wasn't that long since he was one of Marvel Comics' least well-known characters, and now it's the role that has made Chris Hemsworth a household name. And although it's ostensibly another solo movie, Thor: The Dark World is another, even bigger expansion of the Marvel cinematic universe, by virtue of mostly taking place in space.

As in Iron Man 3, the sequel is largely about the fallout from The Avengers, in which Thor's brother Loki caused most of the trouble. But a far darker threat than Loki has arisen- a force older than the universe has emerged from a very long time in hiding, with designs to put all of existence back the way it was when they left. Jane Foster becomes mixed up in this business while on an investigation, and is reunited with Thor as he fights against Malekith and his dark elves to keep the lights on in the universe.

While it's far from a combo-breaker in Marvel Studios' recent string of excellent comic book movies, I have to confess that I was left a little cold by most of The Dark World. You can't help but hear about reshoots and ructions in the editing bay when you follow film journalism like I do, but I don't let them colour my expectations- instead, the film mostly reminded me of them. The more I think about it, it has to come down to director Alan Taylor, who fills Kenneth Branagh's boots rather poorly.

For the good parts that Taylor brings to the table, you get some Game Of Thrones-style battle sequences, (he's best known for directing episodes of the HBO show) but with added spaceships and laser guns. For the actual character parts, it can be a little more reminiscent of The Phantom Menace, not least because Natalie Portman is gadding about in space robes. The performances are largely less commanding than they were under Branagh, an actor's director, who also brought along the popular balance of slapstick comedy and nigh-on Shakespearean family drama that made the first film a success. 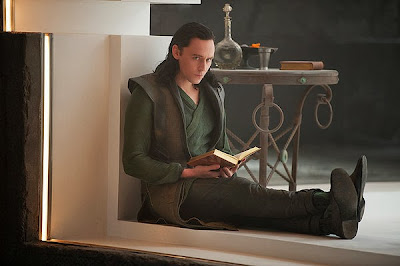 Granted, Taylor has the unenviable position of inheriting the characters from both Branagh, and Joss Whedon, but this film really stinks of an eleventh-hour rejig, something that we haven't really seen from Marvel yet, no matter how producer-led their grand continuity obviously is. Before a certain point, the jokes and humour feel bumpy, as if they've been slathered on top of a story that mistakes grumpy portents for being more serious- that's especially disappointing from a studio who are otherwise doing a great job of leading the "Nolan's Batman was great, now lighten up" superhero movie backlash in Hollywood.

That certain point, I mentioned, comes in the last half hour, in which the film's sense of humour suddenly seems to burst into life. It trips over another tonal kink by launching into comedy right after the death of an important character, but the story revs up to compensate before the end. And in that half hour, it's as funny, vital and unpredictable as the end of The Avengers was, with Thor and his otherwise underdeveloped nemesis, Malekith, tumbling through wormholes in a hugely entertaining brawl with understandable (if slightly nonsensical) stakes.

And it's not to say that the film is all bad up until that point, but if the idea was to keep Tom Hiddleston's Loki out of the frame in order to develop Christopher Eccleston's Malekith, then it doesn't work. Loki only really takes a major role in the film after an hour of screentime has gone by, and from then on, he pretty much makes the film his own. I saw this with my brother, and we each had different predictions about what would happen to the character in this one- it's testament to how right they got Loki's sense of mischief in this one that my prediction happened, then my brother's prediction also happened, and then something entirely more tricksy and unexpected happens too.

Ironically, for a review that claims this film is all over the place in terms of tone, I want to be clear that it's not all negative. Marvel is doing sterling work to make more diverse films in the increasingly busy superhero genre, by moving into other genres- Iron Man 3 was a techno-thriller and Captain America: The Winter Soldier will be a political thriller. The last film that was so overtly geared towards building a bigger universe was Iron Man 2, another film that was hardly representative of the studio on its best day. But hey, if this or Iron Man 2 is Marvel Studios on its worst day, then their point average is still pretty damn solid. 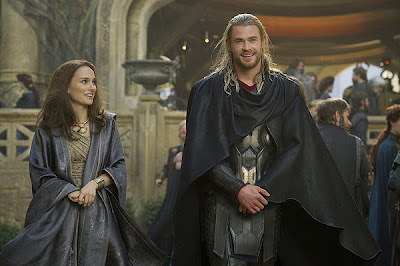 Thor: The Dark World gets funnier as it goes along, (even right up to the very end of the credits) but only after it stops taking itself so seriously. Most of the cast seem to be on about 50% power, with Tom Hiddleston as the notable, scene-stealing exception, in a film that's more underpowered and moody than its boisterous predecessors. It rallies for the final half hour, in which the nonsensical plot machinations are swept up in the fun and excitement of a cracking finale. The film's a must-see in cinemas for that part, but for some, it becomes a little more of a "must-see-this-bit-to-get-to-the-fun-part".