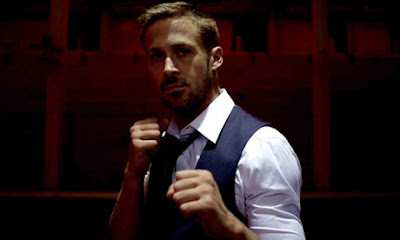 Since its release in 2011, Drive has variously been described as a werewolf movie, a John Hughes movie and a superhero origin story- and those are just interpretations that director Nicolas Winding-Refn and star Ryan Gosling have shared, in various different interviews. It's only reasonable to expect that Only God Forgives has just as many layers of meaning, and that most casual viewers will simply enjoy the music and the style.

Be that as it may, Only God Forgives is one fucked-up little puppy. Set in Bangkok, it's ostensibly about Julian, a drug dealer who runs a boxing gym, and fantasises about settling down with his regular prostitute. One night, Julian's older brother, Billy, rapes and kills a 16-year-old girl on a whim, and is subsequently murdered by the girl's father. Julian's mother storms into Bangkok, screaming for vengeance, and ultimately setting her remaining son on a collision course with Chang, the cop who facilitated his brother's murder.

At just under 90 minutes, this film feels somewhat perfunctory. It carries a short runtime well, but it's also light on dialogue and narrative, all in service of an ever-mounting tension. The subject may even have been better supported by a short film than a feature. Everything in the film is built around that tension, including the sumptuous cinematography. The neon-soaked red and blue palette immediately brings a number of opposing connotations to mind- hot and cold, rage and calm, and even the opposite corners of a boxing ring. Gosling's line "Wanna fight?" has already become quotable from the trailers alone, but don't make the mistake of thinking that it represents the tone of the film as a whole. 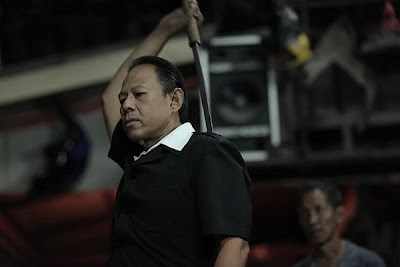 For starters, Julian may be the least cool and masculine character that Gosling has played in a long time. As in Drive, his character is given over to bursts of violent rage, but these come from paranoia, repression, and his constant emasculation. Gosling is frequently a front-runner for all sorts of World's Sexiest Man lists, but he gamely dispenses with his masculinity as Julian. His mother, Crystal, is the worst culprit for tearing him down, and Kristin Scott Thomas, playing it bleach-blonde and American, is unrecognisably, frighteningly brilliant. Without spoiling the exact quote here, one of Crystal's first lines in the film is a response to Billy's crimes towards an underage girl- her delivery chilled me to the bone, and the scene perfectly sets up what a despicable character she is.

In a less thoughtful film, Vithaya Pansringarm's Chang would be the straight-up bad guy. He's a very intimidating antagonist, with an apparently out-of-control god complex and a fearsome sense of morality. Any time he unsheaths the blade he conceals in his jacket, either something's going to be separated from the body to which it's meant to be attached, or somebody is going to die. As Refn plunges us into Crystal's ruthless behaviour, and Julian's relative impotence, you almost start to root for him, and that's partly down to Pansringarm's performance. The complexity of the film's character portrayals only ramps up the anticipation for the showdown between Julian and Chang, but even when that moment arrives, your expectations may be subverted.

There's a distinct lack of relatable characters, but it's not like that's an inadvertent result. This is neither as cuddly nor as accessible as Drive, and Drive was hardly acclaimed for its cuddly accessibility to begin with. Then again, this one has a similar lack of curiosity about setting, but here, that only lends to the perfunctory feeling about it. By failing to really explore Bangkok, it feels like this could have just as easily taken place in an American city. Without that sense of place, there's an inevitable lack of grounding. This works for the spiritual parallels and Shakespearean family drama, but it leaves the film drifting, to a certain extent. 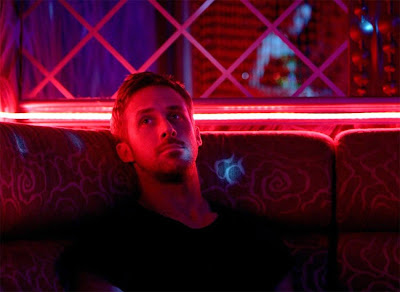 Only God Forgives is another artful concoction of violence and repressed desire from Nicolas Winding-Refn, but outside of some particularly grisly scenes and disturbing dialogue, it lacks the instant impact of his previous collaboration with Gosling. It's plenty subversive, but shock value has a tendency to prevail over both style and substance throughout. It's still worth watching- it has both great performances and stunning aesthetics, at the height of a noisy and sometimes superfluous summer movie season. But it's not a head-scratcher, and it's bound to confound anybody who thought they were getting a handle on the director of Bronson and Drive.