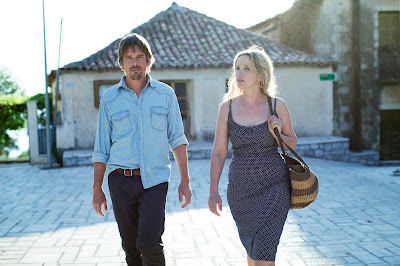 Do you ever feel like indie romances have lost their grasp on believable relationships? Hell, most mumblecore films don't even have a pair of three-dimensional characters to rub together. Happily, another nine years on from Before Sunrise, and its sequel Before Sunset, the trio of director Richard Linklater and stars/co-writers Ethan Hawke and Julie Delpy have lost none of the mastery displayed in Jesse and Celine.

Before Midnight picks up with the pair living in France. After the tantalising open ending of Sunset, Jesse resolved to leave his wife and son in order to be with Celine, a decision that has repercussions throughout this third instalment. Now in their 40s, Jesse and Celine have twin daughters of their own, and they're spending the summer on holiday in Greece. Jesse has just put his now-teenaged son, Hank, on a plane back to his mother in America, and once he and Celine have some time alone, they take stock of how their lives have changed. 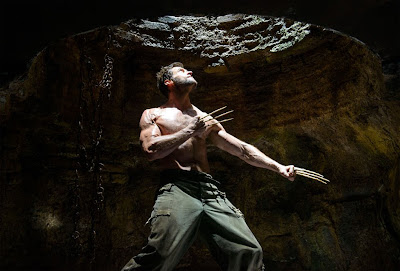 The minimum requirement for this X-Men spin-off was that it had to be better than the execrable X-Men Origins: Wolverine. And, probably, better than X-Men: The Last Stand. The Wolverine exceeds both of those films, but your mileage may vary on whether or not the whole of Hugh Jackman's sixth outing as Logan is anywhere near as good as his own performance in the lead role.

Set after The Last Stand, the film opens with Logan traipsing around the Canadian wilderness, grieving over Jean Grey and retreating from his super-friends in the hope of getting some peace and quiet. A mutant called Yukio tracks him down, and invites him to Tokyo on behalf of her ailing employer, Yashida. He has a tempting offer for Logan- to remove his regenerative powers and allow him to live out an ordinary life. Logan refuses, but soon becomes embroiled in a fight for his life, as he protects Yashida's granddaughter, Mariko, from assassination. 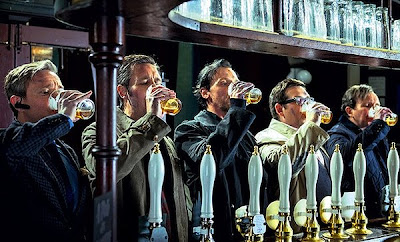 This time last year, The Dark Knight Rises opened to something of a mixed response, with some fans inevitably feeling disappointed after the build-up of Christopher Nolan's previous two Batman films. The Three Flavours Cornetto trilogy, co-written by Edgar Wright and Simon Pegg, isn't nearly grandiose, but in the wake of Shaun of the Dead and Hot Fuzz, there's perhaps just as much expectation riding on The World's End.

Surprisingly, Wright and Pegg have pulled it off by changing lanes, and they've completed their thematic trilogy with a big, idea-driven sci-fi film about entering your 40s, which also has some great gags in it. The anti-hero is Gary King, a slappable man-child who insists that he had the greatest night of his life when he and his mates were 17, and they attempted an epic 12-pub quest through their hometown, culminating in The World's End. Haunted by the aborted pub crawl, Gary reunites his friends for another try, and they soon find that the homely Newton Haven has changed a lot since they last visited. 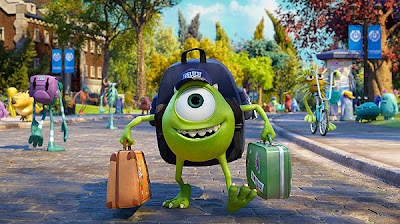 You can't say Toy Story without "story", and so, as the franchise model of filmmaking has crossed over to dominate CG-animated features too, it's fairly safe to rely on Pixar to prize character and story development over a quick buck at the box office. Cars 2 was a combo-breaker for Pixar on many levels, so if anyone were unsure about Monsters University, it wouldn't be without reason.

Monsters Inc is pretty self-contained, with an unimprovable concept at its core- it was the story of monsters realising that bringing happiness to children is far more valuable than upsetting them. There's not a whole lot of room to tell a story after the events of that film, and so Monsters University is a prequel, taking place during Mike and Sulley's college days. Mike has wanted to be a scarer from a very young age, while Sulley has coasted into the monster world's most prestigious institution on his family name. They don't get along at all, but if they don't work together, both of their academic careers will be sharply cut short. 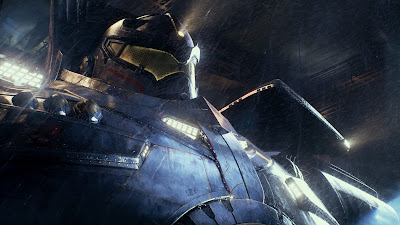 Film fans will be waking up this morning, to the unfortunate news that the latest dick-splash comedy from Happy Madison Productions has managed to outperform Guillermo del Toro's Pacific Rim at the US box office. This isn't one of those reviews that's going to champion an intelligent, post-modern action film, with character depth and complex storylines, over Adam Sandler's bullshit. That's mostly because Pacific Rim is how you do a stupid movie right.

On the surface of it, the plot looks kind of like the last ten minutes of a Power Rangers episode, but there's at least a little more depth to it than that. Around a decade or so into the future, the nations of the world have pooled their resources to fight off an invasion of giant alien beasts that have come to Earth through a dimensional rift in the Pacific Ocean. The resistance effectively used equally big robots called Jaegers to hold their own in the war. But when the military decides to shut down the program, and only four machines remain operational, leading a group of brave Jaeger pilots to plan and mount a final mission, and save mankind from destruction.

NOW YOU SEE ME- Review 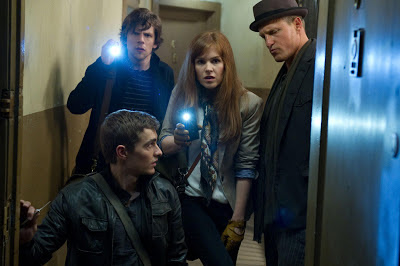 The stage magicians in question are four different performers- a street magician, a mentalist, an escape artist and a con artist- who are brought together under mysterious circumstances. One year later, they perform as "the Horsemen", the biggest magic show attraction in Vegas. They pilfer large sums of money as part of their act, including audience participation in the process, and redistribute it to their fans. The cops are stumped, and the head of the investigation, Dylan Rhodes, becomes increasingly baffled as he faces off with the Horsemen and tries to uncover their secrets. 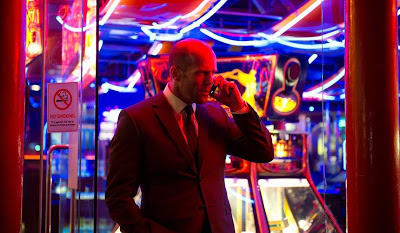 "You can't have a sushi restaurant and then put cheese on toast on the menu, because they'd go 'Why did you do that? We came here to eat sushi.' [...] So if you've got a story about a depressed doctor whose estranged wife doesn't wanna be with him no more, and you put me in it, people aren't gonna put money on the table. Whereas if you go, 'All he does is get in the car, hit someone on the head, shoot someone in the fucking feet,' then, yep, they'll give you $20m."

When Jason Statham is the star of a movie, he is his own genre. That's why it's refreshing to see him challenging himself as an actor, little by little, in movies like Hummingbird. He plays Joey Jones, an ex-Special Forces soldier who now lives rough on the streets of London. He stumbles into sanctuary, in the form of an unoccupied penthouse apartment, and builds himself up again by acting as an enforcer for a Chinese crime empire. While the kindly Sister Cristina tries to act as his conscience, Joey exacts revenge upon those who persecuted him when he was at his lowest, in the hope of purging his demons and finding a better life.

THIS IS THE END- Review 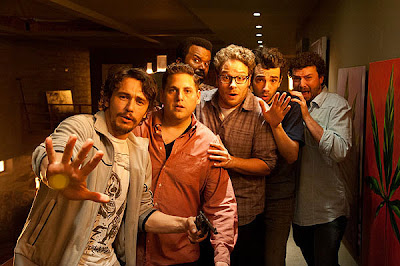 Remember the Bill Murray cameo in Zombieland? Of course you do, it's a fantastic sequence that puts the wind back in the sails of a likeable, inventive comedy at the point where most comedies slow down. The scenes with Murray are so funny that it's almost difficult to enjoy the rest of the movie as much, after his cameo is over. Well, This Is The End is a little reminiscent of the Bill Murray scenes in Zombieland, stretched out to feature-length. The catch is, it doesn't have Bill Murray in it.

During a raucous, celeb-filled party at James Franco's Hollywood mansion, Seth Rogen and Jay Baruchel witness the first signs of the Rapture- people being carried up into the sky by beams of holy light. None of their famous friends believe them, until a Hellmouth opens up in Franco's front garden, and all hell literally breaks loose. Faced with the end of the world, Rogen, Baruchel and Franco have to hole up with the other surviving party guests- Jonah Hill, Danny McBride and Craig Robinson- and try to stay alive for as long as possible.