MUCH ADO ABOUT NOTHING- Review

There may be SPOILERS in this one, but come on, the story is over 400 years old... 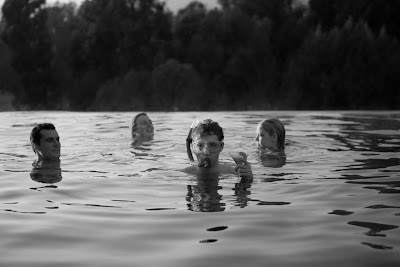 William Shakespeare's Much Ado About Nothing has been adapted and staged variously throughout the years, earning critical appreciation as a precursor to the romantic comedy genre. The play focuses on the Slap-Slap-Kiss dynamic between Benedick, a confirmed bachelor, and Beatrice, a witty and cynical lady, and the short courtship of two other young lovers. This latest adaptation was Joss Whedon's pet project, shot at his house, in black and white, during his fortnight off from directing The Avengers.

Still, it's not necessarily the bickering of Beatrice and Benedick that drives the narrative forward. Their friends and comrades act as matchmakers, tricking them into falling in love by convincing them that they're already in love. But all of this occurs during the courtship and betrothal of Claudio, Benedick's best mate, and Hero, Beatrice's cousin- the two are very much in love, until the bastard brother of a prince decides to throw a spanner in the works, and misunderstandings abound.

Over the course of a career that has propelled into geek royalty, Whedon has built up a kind of unofficial company of actors who work in his projects. Coupled with the fact that he's an avowed Shakespeare fan, and has had those actors come round to his house on weekends to do readings of Shakespeare plays, there's a very comfy air about Much Ado About Nothing. The writer-director has put a lot of work into making the old and familiar feel current and vital- Buffy staged vampire mythology and the conflict between good and evil in a high school soap opera, and Firefly was a retro-futuristic Western, but this is one of those Shakespeare plays that can feel current without much need for adaptation.

Granted, it's not filmed in an Italian villa, but in Whedon's own house, and the cast is largely made up of American actors, but the dialogue is pretty much reproduced wholesale, with a few abridged moments. For instance, Whedon sensibly flinches from the more egregiously racist moments from the text- a misuse of "Jew" is modified to "fool", and there's even a bold attempt at turning a reference to an "Ethiope" into a piece of cringey comedy- but for the most part, it goes down the route of Baz Luhrmann's Romeo + Juliet or Ralph Fiennes' Coriolanus- both updates that kept the original text. 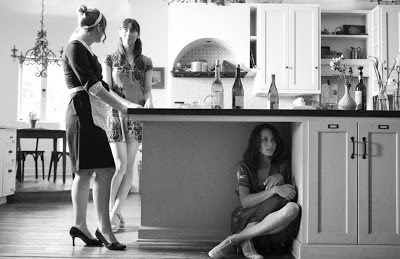 Most of Whedon's company have never performed Shakespeare for a public audience before, and Nathan Fillion (more on whom later) and Clark Gregg are particular standouts amongst the brave performances on show here. In the lead roles, Amy Acker and Alexis Denisof have the same chemistry that they shared when they were love interests on Angel, but Denisof affects a slightly self-conscious delivery that sometimes jars. He captures Benedick's arrogance just fine, but never quite seems comfortable doing it. Acker fares much better, bringing Beatrice's dignity and strength right off the page.

Despite the fidelity to the text, there are lots of adaptations to distinguish the transition from play to film, and they're all wonderfully visual. Whedon has added two major scenes, but neither of them has any new dialogue, and both add something to the story. At the very beginning, we see Benedick getting out of bed after a night with Beatrice, sometime before the story begins proper, giving an explicit weight to their implied beef with one another. Then, later, Whedon rehabilitates one of the story's bigger plotholes by having Hero witness her own fake funeral, and seeing the grief of her ashamed suitor, Claudio, for herself.

As with other Shakespeare comedies, the dialogue is more witty than LOL-some, and the laughs arise more from the misunderstandings between characters. As much as that style has influenced Whedon's writing, his cast deliver the dialogue in much the same quickfire fashion. As such, there are fewer laugh-out-loud moments than many comedy films, though more than most of the other romantic comedies in the last decade. While stuff like the Ethiope line doesn't quite land, the second kind of visual adaptation brings much more humour. Whedon is not above having an actor do a pratfall, as seen in the excellent eavesdropping scenes with both Acker and Denisof, and there are lots of other little visual gags throughout.

But Nathan Fillion and Tom Lenk truly steal the show as Dogberry and Verges, the hapless watchmen who become crucial towards the end of the story. Whedon conceives the watchmen as cops who think they're on CSI, and his actors bring the rest. Every scene that they're in has at least one moment of excellent, improvised physical comedy, ranging from clumsiness to Fillion's stricken reaction to being called an ass. It's Fillion, the most unlikely of Shakespearean actors, who really shines here- on paper, it would be like having Bruce Campbell play Polonius in Hamlet, but on screen, it's magic. 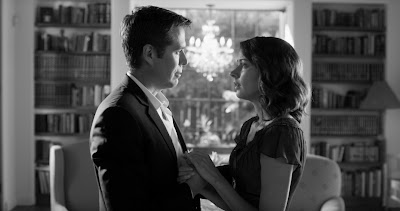 While the megaplex-hogging Man Of Steel woos in explode-y terms, Much Ado About Nothing is by far the most visually interesting adaptation of another text that I've seen in some time. It definitely feels like it could have been funnier, without compromising the original text, but the addition of physical comedy, and some of choices made by Whedon's actors, up the laugh count considerably. All in all, it's surprising that the freedom from bells and whistles actually makes it more straightforwardly enjoyable than adaptations with a higher production value, but it firmly establishes itself as more than just a curiosity for Whedonites or Shakespeare fans.

I'm Mark the mad prophet, and until next time, don't watch anything I wouldn't watch.
Posted by Mark at 16:00