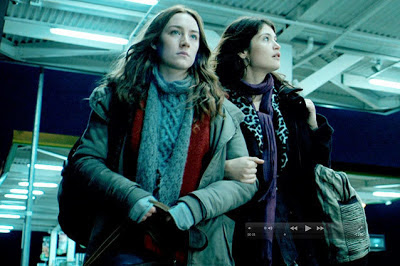 Director Neil Jordan has a long line of supernaturally inclined movies to his name- High Spirits, The Company of Wolves, Interview With The Vampire and, more recently, Ondine. While this filmography assures that Byzantium has a steady hand at the helm, it's more surprising to find that the film is such a fresh and interesting take on vampires, after such a long spell of their mythology being mined at the box office.

As adapted from screenwriter Moira Buffini's stage play, vampires are conceived as an exclusive brotherhood, made up almost entirely of upper-class gents who are let in on the secret to immortality. The only exceptions are Clara and her daughter Eleanor, who have lived for two centuries on the run. Their latest hideout is a run-down seaside guesthouse called Byzantium, which Clara soon turns into a brothel. While her mother preys on the powerful, Eleanor befriends the elderly at the end of their lives, and strives to break out of her isolated existence.

It's difficult to conceive of a vampire film that is entirely original in this day and age, so there are inevitable glimpses of other texts here. For instance, Eleanor's arc has shades of Let The Right One In, ("I'm 12. But I've been 12 for a long time.") minus the darker undertones implied in that film, but it's the feminism of Jordan's The Company of Wolves that comes to the fore. The female leads are always the centre of attention, even if their respective subplots sometimes jostle for precedence, while the male vampires have the most frightful case of womb envy imaginable. 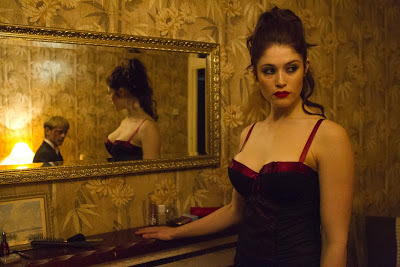 Jordan's masterstroke is in casting Gemma Arterton's bolshy, sociopathic performance against Saoirse Ronan's kindly, subdued turn. As Eleanor, Ronan brings the mix of fragility and steely resolve that she embodied in The Way Back, Hanna and, yes, even The Host. By contrast, Arterton's Clara manipulates and connives her way through life through her sexual wiles or her smarts, but she's a survivor- a quality that one male vampire ascribes to a rapist, right before Clara shoots that candidate in the leg and steals his ticket to immortality.

The film slowly unfolds the backstory of the two characters alongside the story in the present day, a move that avoids lengthy exposition and also adds a certain intrigue to the narrative. Eleanor studiously rewrites her memoirs every time they move, which serves as a nice way into the history, as well as a major plot device later in the film. If there's a drawback to this approach, it's that the sequences set in the past move a little more slowly. They also feature Jonny Lee Miller as the aforementioned rapist, who's perfectly hateful but also a little pantomime-y, and Sam Riley as a seemingly token Romantic (with a capital R) benefactor, and the two of them put together are not as interesting as either of the leads.

All in all, the film fits nicely into both the fantasy and neo-noir brackets. With some canny reinventions of vampire lore, including an eerie extending thumbnail that acts as a substitute for fangs, the whole thing is grounded in a still slightly unreal beach resort, which is beautifully shot by Sean Bobbitt. And with the arrival of these two strangers into this new environment, the noir tropes are locked and loaded, with hat-tips to genre conventions throughout. Still, the atmosphere of the seaside hideout can't overpower the film's truly iconic image- a waterfall that turns red with blood, crashing onto the rocks and symbolising the passage from humanity to immortality.

But it's the combination of Clara and Eleanor that really makes this film so intriguing, but it's tantalising to imagine how much more unusual it might have been if the roles were reversed- if a younger actress were cast as the mother, and the older actress were the daughter. There's only a few years between Ronan and Arterton anyway, but it's a scenario that can be uniquely explored in vampire stories, even if this one has enough going on already. At almost two hours, it still feels like a lean film as compared to the ambition on display, and this kind of age-gap angst and unusualness could easily form the premise of another vampire film all on its own. 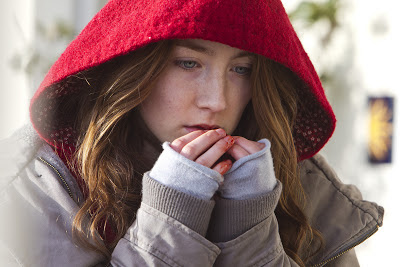 Byzantium is a beguiling and engaging vampire noir with a feminist approach. It's not to be claimed as a post-Twilight palate cleanser, because Neil Jordan has been doing this kind of gothic supernatural feature for a long longer. While the idea of the female vampire seductress is revisited and reconstituted in a new light, and the younger, more introspective vampire's struggle is nothing new, it's the combination of these two characters in a neon-soaked emotional limbo that makes the film so refreshing.