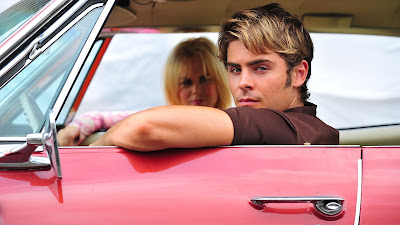 It can be tough to review a film as a whole, when you know from around half an hour in that it's destined to be remembered as "the one where Nicole Kidman pisses on Zac Efron". Of course, that's partly due to the scenes around it being somewhat less memorable and engaging, but it seems entirely possible to try and enjoy The Paperboy outside of its appeal as a campy melodrama.

In 1969, Jack Jansen is a frustrated young man who works for his father, delivering papers in a Floridian shithole called Lately. One summer, Jack's older brother, Wade, returns home to investigate the case of Death Row inmate Hillary Van Wetter, for an article in the Miami Times. In trying to prove that Hillary was wrongly convicted for murdering the despised local sheriff, the brothers encounter Charlotte Bless, a 40-year-old woman who has fallen in love with the convict via mail, and Jack falls for her in turn.

As the titular paperboy, Zac Efron is given an absolute gift of a role- it's not so abrupt a break from his teen idol status, but it is a serious enough part to ease his career development along. Ultimately though, he's outshone by Nicole Kidman, who really pisses all over him in every other scene they share too. In contrast to a low-key role in Stoker, (another Southern-fried drama that's currently playing in cinemas) Kidman is given over to full-on hysterics as the older woman with whom Jack falls in love, and it's a far bigger departure from type for her, squealing her way through a performance that's intentionally erotic to the point of being off-putting. 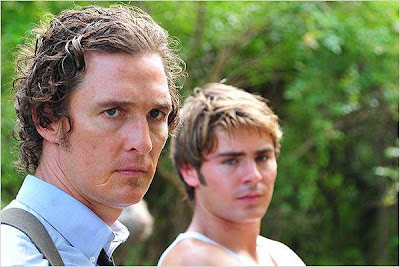 Lee Daniels comes to this off the back of another, more serious melodrama, Precious, and seems to delight in getting his hands dirty, and bringing this sweaty, barmy tale to life. Even the lens of the camera seems sweaty, with deliberately sluggish cinematography and editing being broken out at key moments, to replicate the humidity of the film's setting and sleazy subject matter. The recurring theme of race relations in Daniels' work is intermittently present here too.

The story is narrated by Macy Gray's Anita, the hired help with whom Jack has a sweet and friendly relationship, but her role in the plot is ultimately less interesting than that of Yardley Acheman, a black journalist from London, who's played by David Oyelowo. The character's confidence affronts Southern sensibilities, but it's the way that Oyelowo plays it, and what is eventually revealed about Yardley, that makes him so riveting. In the midst of an occasionally incoherent study of white trash though, these characters feel almost like an aside, segregated from the main plot.

Still, the main plot seems to suffer from sunstroke too. Some have recommended that this would make a good double bill with Killer Joe, one of my favourite films from last year. Matthew McConaughey stars in both films, of course, but as good as he's been in his recent films, he isn't as good in this one, and the difference in quality holds for the rest of the film too. Friedkin's film is claustrophobic and nasty, whereas Daniels shambles all over the place, in such a way that the resolution can only feel anticlimactic. 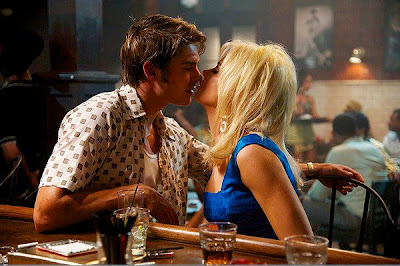 The Paperboy is one of those films that feels like it may gain cult classic status somewhere down the line, even if it's only reduced to a scene where a Hollywood A-lister pisses on a Disney Channel export. But on the whole, both Nicole Kidman and Zac Efron acquit themselves well, in the midst of a film that really captures a sense of haze-inducing temperature and obnoxious sleaze, but also repeatedly loses its grasp. At worst, it's an incoherent shambles, but even though it's more gross than engrossing, it has a camp, melodramatic value that can't be ignored.

The Paperboy is showing in selected cinemas nationwide.

Just can't understand how this has been praised in some parts. It is such a mess. It is not unwatchable (the sticky sexuality sees to that) but it is far from coherent. You're right though, it has camp classic smeared all over it.