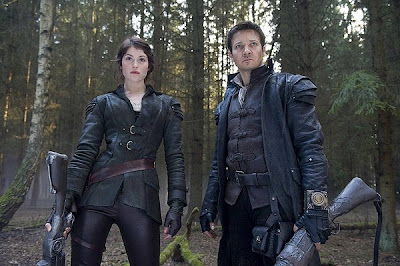 Although it also fits into the less than popular mash-up fantasy movie sub-genre, which has given us films like Cowboys & Aliens and Abraham Lincoln, Vampire Hunter, Hansel & Gretel: Witch Hunters is more reminiscent of Your Highness, the 2011 comedy, which played like a cross between The Princess Bride and Pineapple Express. But that film bombed at the box office, and the ten-month delay from its planned release last March hasn't made this one seem any more timely.

Based on an idea from director Tommy Wirkola, the film follows the adult lives of Hansel and Gretel. After surviving their childhood trauma in a house made of sweets, they decide to become bounty hunters, and devote their lives to killing witches. With the added boon of being immune to magic, they've become renowned around the world. Arriving in a small town close to where they grew up, they discover a spate of child kidnappings, as a grand witch plots to change the world for her kind.

Will Ferrell and Adam McKay are amongst the producers for this one, from which you might think you have an idea of the tone. Ultimately, this feels like a Your Highness that has been gutted, and stuffed with leftover bits of other overly serious fairytale movies. The result is a violent tonal mish-mash, in which it's hard to engage with any of the characters, and the BBFC certificate of 15 puts just slightly above the age of the target audience. 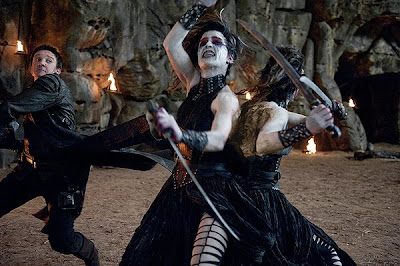 Remember how much Danny McBride said "fuck" in Your Highness? That's about the standard of the dialogue in Hansel & Gretel: Witch Hunters. Someone does something cool, or pulls off an execution of a witch, and then gets poised for a foul-mouthed one-liner. It's funny cuz they didn't talk like that in them days or sutin! I'm no prude when it comes to swearing in movies- one of my abiding rules is that you can't beat a well-timed exclamation of "fucking hell". But it doesn't help that the leads are played by Jeremy Renner and Gemma Arterton, who both have more form in action movies of this ilk, than in comedies. They're working with a pretty second-rate script, but on top of that, their delivery is off too.

Still, kudos goes to Renner for delivering a straight-faced explanation of the magical diabetes that Hansel contracted during his childhood ordeal, an idea that's just bonkers enough to have suggested a better film that we're actually given. And admittedly, he acquits himself fine in the action scenes, poorly shot and further obfuscated by 3D though they are. Arterton gets a rougher time of it- the film has a nasty streak when it comes to women in fight scenes. Gretel is supposed to be a tough, seasoned fighter, but we mostly see her getting beaten up and rescued by men while unconscious.

In its favour, the film is brief, but that actually only serves to intensify the musk of a TV pilot that hangs around it. With no shortage of fantasy series on the air, this might have benefited from network standards to rein in its more puerile moments, and bring out the more creative steampunk elements over a number of episodes. The only element that plants it more solidly in movie territory is a computer-generated character who serves as one of the film's highlights. Edward the troll hasn't been featured in any of the marketing, but he's easily the most likeable character in the film, and it almost seems like the rest of the special effects only look so ropey because he looks so good. He arrives relatively late in the movie, which is just another issue of timing. 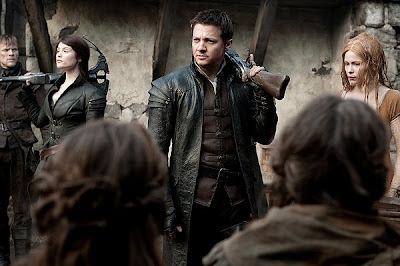 Hansel & Gretel: Witch Hunters does feel like a victim of its own poor timing, in this regard. It's come a long time after Your Highness bombed, amidst other straight-faced fairytale revamps like Snow White and the Huntsman, and a week ahead of Sam Raimi's more family-friendly Oz, The Great And Powerful. But truthfully, it would be found lacking whenever it came out- it doesn't engage or entertain all that much, and it feels like little more than a bloody, but functional addition to a fleetingly popular trend.