I GIVE IT A YEAR- Review 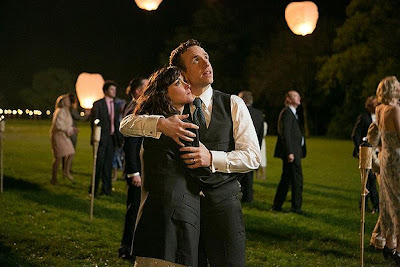 When Working Title releases a romantic comedy, the marketing still trumpets that it comes from the studio behind Bridget Jones' Diary and Love Actually. We're almost ten years on from the latter, but before that, it was the Oscar-nominated Four Weddings And A Funeral. Most pertinently, all three star Hugh Grant, so perhaps the noticeably revved up marketing campaign for I Give It A Year, which is a kind of post-modern take on their own niche, is an attempt to move on.

Inverting the usual romcom structure, the wedding that would normally be a happy ending actually takes place at the beginning, as Nat and Josh tie the knot after just seven months of courting. As the title suggests, few people see the besotted, but mainly incompatible couple as a lasting thing. Within the first year alone, Josh tries to deal with an ex-girlfriend, with whom he never officially broke up, Nat is encouraged to flirt with a hunky American businessman at work, in order to secure a marketing deal, and the once happy couple struggle through marriage counselling sessions in an effort to save their relationship.

Tonally, there's not a lot here to differ from Working Title's back catalogue, which is strange, because the premise itself is an almost complete subversion of the formula that was popularised by Richard Curtis. However, the writer and director here is Dan Mazer, who previously worked on Brüno, so the script is proportionally more crass and cynical. Seeing a film that is consciously contrary to the Working Title romcom, working from that same book of tricks, is actually quite strange, and it un-sticks the crowd-pleasing composition that has done so well in the past. 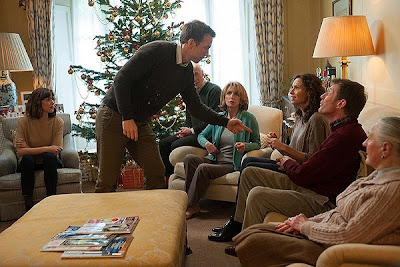 In its favour, it has a pair of hugely likeable stars. The filmmakers are really hoping that Rafe Spall can be seen as a bankable leading man off the back of this, and he acquits himself very well as Josh- less foppish than Grant, but more appealing than the kind of comic relief character that appears in a Curtis script. Rose Byrne is a solid leading lady too, with a good, expressive comic timing. The problem is that they're too well cast individually, and the incompatibility of the characters sometimes comes off as a lack of chemistry between the stars.

They don't spend a whole lot of screen-time together either, as the film keeps an eye on international marketability by casting American actors Simon Baker and Anna Faris as alternative love interests to tempt each of the lead characters. The most you see Nat and Josh together are in a series of raucously funny counselling sessions, with Olivia Colman as a brilliantly abrasive therapist. They're not exactly clicking in these scenes, which is kind of the point, but the division makes what should be a quite clever finale into something more predictable, if your brain is properly engaged.

Still, there's no reason why a plausible take on romantic comedies should also be this crass. There are plenty of sex jokes, (including a number of inappropriate gags about paedophilia) to go around, but many of them fall flat. You can also see where the script left gaps for improvisation, and that's never more apparent than when Stephen Merchant holds court as Josh's fiendish best mate. Movie 43 is largely to blame, but Merchant is starting to stretch my patience now- he just sounds like that awkward impression of Ricky Gervais that everyone does, every time he's in a movie. Gervais is actually an underrated screenwriter, looking at the likes of Cemetery Junction, and you kind of wish for that kind of film, while being lashed by the cynicism of this one. 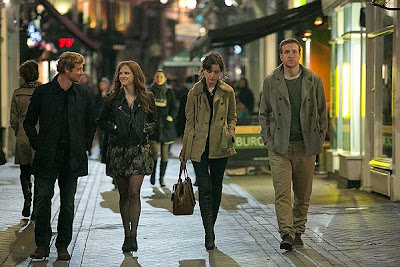 I Give It A Year makes a strong, largely entertaining play towards being "the anti romcom", but occasionally forgets that you can pursue the anti-romantic far enough that you also veer into anti-comedy. There are a few stand-out comic moments, including the marriage counselling sessions, and a family game of charades that brings out the worst in everyone, but no big, iconic, belly-laugh inducing setpiece. It demonstrates that while we may mock Richard Curtis movies, few can replicate the overall appeal of his features. Although the likeable cast is in fine fettle, this is neither the date movie that you'd want to go and see this Valentine's Day, nor the next big thing from Working Title.