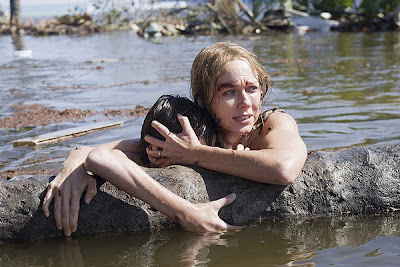 The Impossible is the first new movie I've seen in 2013, and, as with The King's Speech and Slumdog Millionaire in previous years, it feels like we've started on an absurdly strong note. It bears saying in advance that I cried on three separate occasions while watching this thing, and while I've been known to cry in the cinema, it doesn't come easily. This is capital-H Harrowing stuff.

Based on the true story of one family's ordeal, the film takes place before, during and principally after the devastating tsunami that hit countries around the Indian ocean on Boxing Day in 2004. The Belons are holidaying in Thailand when the disaster strikes, and Maria and her eldest son, Lucas, are separated from her husband, Henry, and her other sons, Thomas and Simon. Separated by both distance and the astronomical odds against reuniting, amidst the chaos and grief that came with this tragedy, members of the family attempt to find one another.

That so few people seem to be talking about this as one of the best films of the year just goes to show how ridiculous the business of awards season really is. None of the other favourites for Oscar gold (that I've seen) have really blown me away, and yet if this had been released a week earlier, it would have made a stonking entry into my top ten films of last year. It's a Spanish production, although it was shot in English, with English-speaking actors, and so it's somehow eluded the fanfare that seems to erupt from the ears, nostrils and arsehole of Hollywood fare like Silver Linings Playbook.

The director is Juan Antonio Bayona, who previously gave us The Orphanage. That was a horror film with a disturbing and affecting drama in the centre, and here, in a way, is a disaster movie with the same shocking core. For once, it's a "based on a true story" film in which the fact that it really happened makes it all the more affecting- while you could nitpick the bits that have been re-staged for cinematic purposes, the really gruelling stuff could only make you think that the reality might have been even worse. It's a gut-wrenching, heart-churning ordeal that the Belons go through, especially if you don't know how it all turns out for them, as was the case when I saw it. 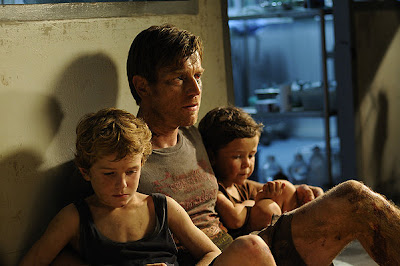 The disaster hits relatively early in the film, and what immediately follows is a terrifying, emotional sequence in which Maria is injured, and struggling to keep hold of Lucas as tidal waves crash down upon them and carry them both together and apart. There was a similar sequence in the excellent opening to Clint Eastwood's Hereafter, but this one is much more prolonged and intense, and the film that follows actually lives up to the promise of the opening. In the aftermath, both Naomi Watts and Tom Holland set a tone with their own excellent performances.

Watts' character has the most physically gruelling role, with some injuries that will certainly shock a 12A audience. While most of the upper-limit 12A films I've mentioned on here have been franchise films, seemingly allowed to slide by the demand of a broad audience, it's probably only by the necessity of portraying events as they really happened that the injury detail here didn't gain the film a 15 from the BBFC. With some terrifying sound design and some gruesomely effective make-up, Bayona makes you feel the extent of Maria's injuries from the get-go, as you should, really.

However, it also helps that Tom Holland is so magnificent as Lucas. In one of the best child acting performances I've seen in years, Holland is involved in many of the scenes that set the tears rolling, and he is able to make his character both frightened and extraordinarily brave. Even as other characters enter the picture, you get the feeling that he takes sole responsibility for his mother's care, a weight that doesn't rest easily on his shoulders. While the rest of the family is having a less intense time of it, it's no less emotional.

Following The Orphanage, Bayona shows off his rapport with child actors again, with nice performances from Samuel Joslin and Oaklee Penderghast as the other two brothers, while Ewan McGregor is put through the emotional wringer as much as anyone else in his screen family. It's tough to focus on anything else when Maria and Lucas are on screen, but it's through Henry's journey that we see more of the human cost of the tragedy elsewhere. Many have criticised the film for focusing on one family, but that would only be valid if the film ignored everyone else who was affected, and it categorically does not. 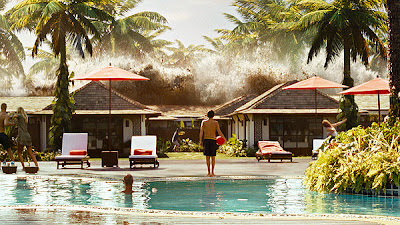 Just because The Impossible is a movie about the extraordinary resilience of the human spirit and such like, it doesn't mean that the film isn't a real survival horror movie either. There's nothing gratuitous or sensationalised about it, and Bayona excels in portraying the terror of the tsunami with a handful of excellent actors, some superb sound editing and design, and a sparing use of massive, albeit unshowy visual effects. It's not the kind of film that you go and rewatch, because it's tough to enjoy it, but it is truly remarkable filmmaking, in which impeccable technical craft tells a story that's worth telling. I'd be surprised if ten more like this arrive before next January, because only that will separate this movie from my top ten list for 2013.