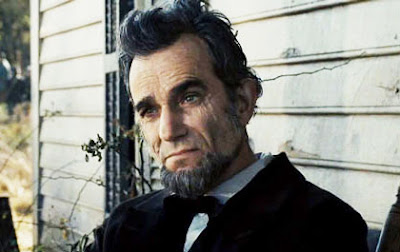 Steven Spielberg recently said that he's never made a movie so performance-led as Lincoln, and it's also true that he's never made a film that was quite so talky as this one. The film is notably lacking in his signature moves, or even the usual presence of at least one visually astonishing sequence. Even more notably, however, it's doubtful that any of the audience will mind.

The film is titled Lincoln, and revolves around the President of the United States' efforts in the passage of the 13th Amendment to the Constitution, abolishing slavery and ending the Civil War. But in the scheme of things, that succession of events was based upon meticulous planning, and the participation (willing or not) of over two thirds of the House of Representatives. In this pursuit, he enlists lobbyists to talk around members of the opposition, and Rep. Thaddeus Stevens, who has campaigned for racial equality all his life. With this in mind, is it really about Abraham Lincoln, or is he merely the still centre around all of this revolved?

The answer, obviously, is that Lincoln was instrumental in using his influence and popularity to push through a historical change to the American constitution. What's most rewarding about this film, which is even named for the guy, is that it acknowledges the effect of his actions, and that he didn't necessarily play by the rules to get what he wanted. At a couple of crucial junctures, you realise that winning the battle to liberate black slaves is not about winning over conservative opponents, but merely about getting them to abstain from voting, or in other words, to sit down and shut up.

The crusade doesn't paint Lincoln in a saintly light, as he amicably tramples over all doubters and opponents while still maintaining an illusion of the separation of powers in US government, and benevolently neglects to deal with his family issues while his mind is on changing the nation. You needn't necessarily like the way in which he defuses situations with parables and anecdotes, but it's hard to resist the entertaining way in which Spielberg stages the political debates that he manipulated. If you don't know your US politics though, and you're lost at the mention of terms like "separation of powers", then you'll mostly be in this for the performances. 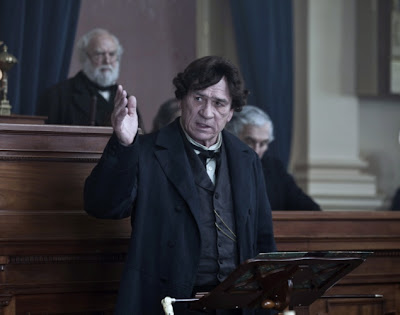 Firstly, Tommy Lee Jones deserves to win the Oscar for Best Supporting Actor this year. Many will cry that Phillip Seymour Hoffman may have the only chance of Academy recognition for The Master, but if we're totally honest, film fans who are smart enough to like or appreciate The Master have the sense to care about the Oscars, and to mention them, much less than I do. The man is a guy-shaped Grumpy Cat, as evidenced by his performance as an audience member at this year's Golden Globes, but his Thaddeus Stevens has such a sharp wit, and such great passion for his cause that he actually steals the film from under Lincoln himself.

While Daniel Day Lewis almost definitely will win Best Actor, and his unknowable, almost aloof quality is a great source of interest within the film, there's something so iconic about his character, and basing the film around him, as to make it feel unmoving. It's a peculiar paradox, about a film that makes great entertainment from sessions in the House of Representatives, and the birth of political lobbying as we know it, but one which is most keenly felt when Spielberg inevitably follows through in chronicling Lincoln. So much of the film is about the politics, which are made to be engaging in a way that few others could have achieved, but when the chosen ending arrives, it's with an inevitability that drifts away from that focus.

Still, it's a stunning supporting cast that Spielberg has assembled, with my personal favourites being the trio of James Spader, John Hawkes and Tim Blake Nelson, as the gentlemen who are outwardly cynical in their lobbying of potential pro-amendment Congressmen, but their appearances throughout the movie herald some of the best, funniest moments outside of Jones' role. Sally Field, Joseph Gordon-Levitt and Gulliver McGrath serve as the other Lincolns, fraught with unresolved tension and emotional hurt, while Michael Stuhlbarg and Walton Goggins are memorably tentative voters, lining up for alternate verbal takedowns by Day Lewis, Jones or Spader. 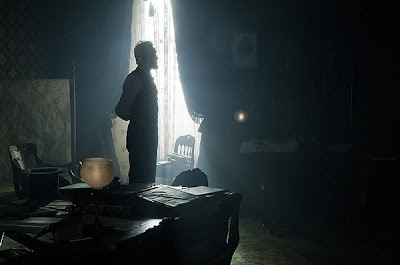 Lincoln is an engaging and surprisingly relevant capsule of historical drama, that almost falls at the last hurdle by forgetting that it's not a biopic. With performances this powerful and mesmerising, you couldn't blame any filmmaker for losing concentration, but that ending leaves the tantalising thought of how much more rewarding a film that was principally about Jones' Thaddeus Stevens might have been. The end result shows every bit of the long development process that Spielberg undertook, but also proves to be very entertaining, and serves as a worthy addition to his extensive and gratifying canon of dramatic movies.