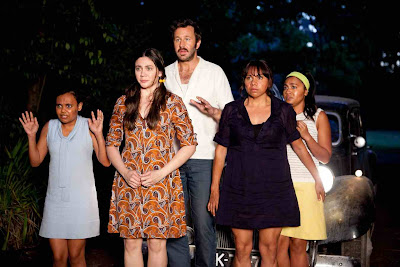 The Weinstein Company starts its annual run-up to awards season before most have got out of bed in the morning. One of their big acquisitions at Cannes this year was The Sapphires, an Australian dramedy upon which they have clearly pinned their hopes for a feel-good contender for the Oscars. But then again, I find myself in a holding pattern at this time of year, where I keep saying in my reviews that it doesn't matter, but having to mention it in order to do that. Away with you, awards bullshit!

Of the film itself, which was clearly made without such preoccupations, there is much more to enjoy. Adapted from a popular play, The Sapphires follows four Aboriginal girls on their journey to become famous singers. The girls are all related, and their roots are in the Outback town of Cummeraganja. Alcoholic Irish musician Dave Lovelace washes up in the town and sees them perform country and Western music for an indifferent white audience, and persuades them to have a bash at American soul music instead. He also volunteers to manage them, as he gets them a gig performing for the American troops in Vietnam.

As is only natural for a film of this type, the cast is packed out with charming performances. Although Chris O'Dowd's enormously likeable screen presence could have carried the film single-handedly, all of the bandmates are sympathetic, interesting characters, played well by Deborah Mailman, Jessica Mauboy, Miranda Tapsell and Shari Sebbens. The musical setpieces are enjoyable too- O'Dowd's Dave gives a passionate description of soul singing early on, which then resonates in every show-stopping performance thereafter, and on these strengths alone, it's an uplifting work of cinema. 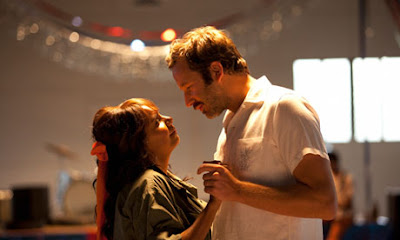 However, the film also delves into more difficult areas, hence "dramedy". Issues of Australian identity are broached from the very beginning of the film, and throughout, with particular emphasis on the relationship between Gail (Mailman) and Kay (Sebbens). As a cousin to the three sisters who make up the rest of the band, Kay is considerably more pale-skinned, and the gradual reveal of her backstory makes a big divide between her and Gail. Without initially realising it, this conflict becomes the heart of the story, and it keeps the film intriguing at a point where the road to success, which could only be realised through a montage, might have left some audience members flagging behind the Mamma Mia-style enjoyment of it all.

You can, of course, rely on certain expectations of any film carrying the standard of "the feel-good film of the year" (another oft-repeated phrase around this time of year). Seeing as how this is one of those films, and it carries a PG certificate, you should probably have gleaned in advance that the setting doesn't necessarily lead to scenes like the riot with the Playboy Playmates from Apocalypse Now. The American soldiers who are encountered here are, almost without exception, a rather chipper bunch. No unforgivable problems arise from focusing on the uplifting side of providing entertainment in a warzone, and indeed, it's better that the film doesn't attempt to grapple with much more serious matters.

However, it does occasionally tie itself in knots, in the pursuit of keeping spirits high. Scenes of heightened emotional conflict or tension seem to end abruptly, almost as though poorly edited. You soon realise though, that the film jumps away from conflict before too long, because it doesn't really have the courage of its convictions. Although the feel-good tone works, and you'll feel endeared to the film in spite of these minor hiccups, this does lead to a slightly sprawling feel, for a film that should be less complicated. Some of the running threads resolve themselves very well, and the theme of racism is tackled well, without overbalancing the fluffier stuff. 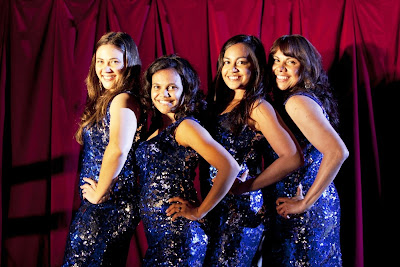 The Sapphires keeps toes tapping, even as it makes a couple of missteps into more serious territory, and that's possibly the reason why it emerges unscathed. No one could reasonably call it unpredictable, but it's a real charm factory of a movie that often succeeds in fleshing out its characters with heavier content, even if it overreaches in those instances when it tries to place the adventures of these girls against world-shifting historical events. It's hugely endearing fluff, bolstered by enjoyable performances, that can't fail to leave a smile on your face.