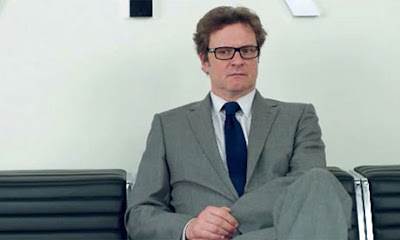 Producer Mike Lobell has been slaving away on a remake of the 1966 crime caper Gambit for some time now. Through 15 years of development, it attracted multple directors, from Alexander Payne to Robert Altman, stars like Hugh Grant and Reese Witherspoon, and, most pertinently, a script by Joel and Ethan Coen. Reading around the film's imperilled journey to fruition, I'm not sure if they've touched it since their initial rewrite in 2003, but it's their names that grace the poster all the same.

So, Gambit reinvents conman Harry Dean as a long-suffering art curator, who hates his boss, a billionaire shitbag called Lionel Shabandar. Planning to exploit Shabandar's obsession with acquiring a Monet painting and completing his art collection, Harry enlists the help of a master forger known only as the Major, and P.J, a cowgirl whose G.I. grandfather was amongst the Americans who liberated Haystacks from the Nazis. The plan seems foolproof, but the world doesn't always look the way that Harry sees it, and the longer it goes on, the caper does more and more damage to Harry's bank balance, to say nothing of his dignity.

Irrespective of the script's age, there are unmistakable marks of the Coen brothers' work- while its detractors might call it an imitation, in keeping with the film's art forgery plot, they would have been working on this in the period that produced the underrated screwball romcom Intolerable Cruelty, and the rightly panned remake of The Ladykillers. Those marks I mentioned are obvious from the get-go, with Tom Courtenay's Major serving as the film's narrator. The lighter tone doesn't require the gravitas of Sam Elliott, and nor does the narration become overbearing. In fact, I really liked the deft way in which the script explains Harry's plan in the first ten minutes, by showing how the whole film plays out in his imagination. 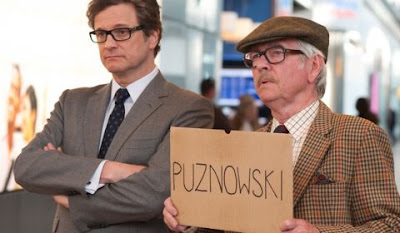 Avoiding the exposition of other heist films or caper thrillers, we learn about Harry's character, as he's sympathetically played by Colin Firth, as well as getting the business of plotting out of the way right at the beginning. In this sequence, Firth is debonair, and more reminiscent of Michael Caine circa 1966. For the rest of the film, he's endearingly shit, bumbling through his long con with little in the way of self-awareness, or pragmatism. His performance is indicative of how the film's eventual incarnation on screen is bolstered by great performances, and not by a script that might have needed a couple more drafts.

Although it wouldn't be unheard of, for the script to have been doctored by other writers since the Coens took a pass at it, it does seem like a first draft Coen brothers movie, if not necessarily an imitation. For instance, you can imagine that subsequent drafts would have worked on the chemistry between Harry and P.J a little more, for better or worse. Cameron Diaz is good in the role, but there's no romantic subplot in which Firth is required to flirt with her, and their bickering seems less than enthusiastic.

Similarly, there's less than I'd have liked of Alan Rickman's enjoyably grumpy media tycoon. The trailers play up Shabandar to be more eccentric, but many of those clips come from the sequence in Harry's imagination, right at the beginning of the film. It seems like a while since we've seen Rickman in a role like this, and he's detached from the main comic setpieces to the point where his role in the plot kind of outlives the character. He was made to play a Coen brothers villain, and I hope he works with them on one of their own projects somewhere down the line. 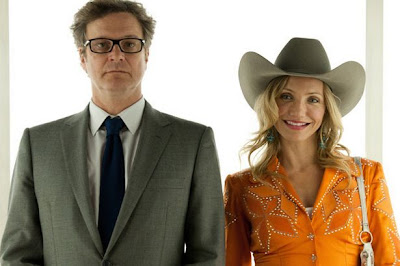 Gambit has gotten a lot of unfairly dismissive reviews for a film that is, at worst, something of a curate's egg. The good things, including the lead performances and an increasingly absurd second-act setpiece that takes place in and around the Savoy hotel, is all very endearing, and serves as a fitting homage to the sub-genre in which the original film partook. The only really bad things in there come from a sense of missed opportunity, and the feeling that it's been slightly hobbled by its time in development. At the same time, its redeeming qualities measure up to an enjoyable and slightly nostalgic crime caper.