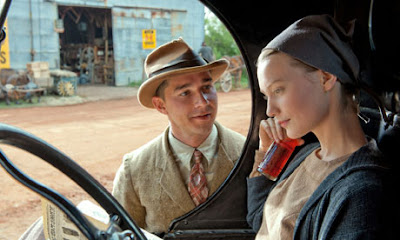 John Hillcoat's previous two collaborations with Nick Cave, on The Proposition and The Road, were pretty flipping bleak, and I hadn't thought that there would be much reason to expect any different of Lawless. However, as compared to fraternal tensions in the Outback and the torment of Viggo Mortensen in having to drag his whiny kid about a post-apocalyptic landscape, it's practically a comedy.

Based on The Wettest County In The World, the film follows the true story of the Bondurant brothers, a trio of bootleggers from Franklin County in Virginia at the height of Prohibition in the US, focusing particularly on the youngest brother, Jack. He's  the runt of the litter, left to drive for brothers Howard and Forrest on their moonshine runs, but he starts to get in on the racket when he agrees to supply big-city gangster Floyd Banner. But when Franklin is visited by a new deputy, Special Agent Charlie Rakes, Jack runs the risk of bringing trouble down on his whole family.

For the last two paragraphs, I've been itching to get writing about the acting in this film, and that must be delayed for just a little longer, as we ponder whether or not that's a larger problem with Lawless. Unlike the thematically rich and symbolic work of Hillcoat's previous films, this one feels like a far more commercial endeavour. I don't say that as if it's a bad thing, only that it sometimes feels more like an ensemble piece than a story. The unifying thread is family, which is not to say that every Bondurant gets the same amount of attention in the story.

Indeed, it's Shia LaBeouf, that nemesis of charisma and 1980s franchises, who becomes an unlikely leading man. As easy as it would be to bitch about the concentration on Jack Bondurant as a result of LaBeouf's performance, he is certainly more tolerable than he has ever been in this film, not least because he spends a certain amount of time having the shit kicked out of him, for the gratification of all those who hated Sam Witwicky. Moreover, in the role of a spoilt young man who expects women, and the world, to simply swoon at his feet, he's not exactly unsuited. 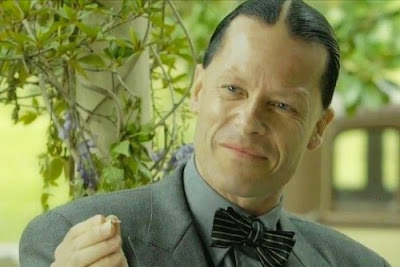 LaBeouf's limp bad-boy shtick memorably led to some early publicity for the film last year, when he claimed to have knocked out Bane in a fight. And typically, Tom Hardy steals the film from the rest of the ensemble in his superb supporting turn as Forrest Bondurant, a character who is mannered and subdued, and yet not above slipping on a pair of knuckle dusters and absolutely destroying anyone who steps up to him or his. He's equally as charismatic as he was in The Dark Knight Rises, without the benefit of a joyously imitable voice, or even much dialogue.

The third Bondurant brother is played by Jason Clarke, who barely gets to do anything at all. The film's arc is far more about Jack stepping out from under the shadow of Howard and Forrest, a war veteran and a supposedly immortal legend respectively, and so some of the more interesting sub-plots go wanting. Jessica Chastain does sterling work as Maggie, a dancer-turned-waitress, and Mia Wasikowska probably deserved better as LaBeouf's love interest, given how badly the little creep harassed her off-camera. Only Gary Oldman benefits from the reduced focus- the extent of his role is practically a cameo, but the impact that he makes is comparable to his brief turn in True Romance.

The lack of resolution to some of its threads becomes irksome, at times. For instance, without spoilers, Hillcoat creates one extraordinarily disturbing image, after one of the Bondurant's relatives runs afoul of Guy Pearce's Rakes, whose performance is an incongruous caricature that still works more times than it doesn't. This disturbing image becomes even more horrifying after the initial shock, and seems set to be a turning point in the conflict between the family and the law. Instead, it's never mentioned again, and a later development involving another, more notable character, feels posthumous to the earlier, bigger scene. Whether it's to do with pacing or the fact that it's more of a studio feature, moments like that ring false. 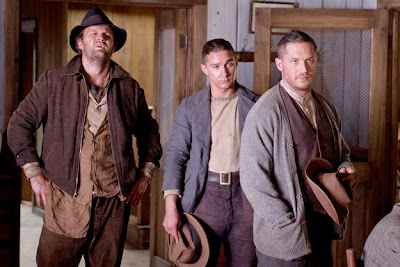 Ultimately, Lawless is good, but not great. It has some very enjoyable moments of dark comedy, complemented by an unusual but entirely appropriate soundtrack, overseen once again by screenwriter and Bad Seeds frontman Nick Cave. Tom Hardy steals the show from under a mostly terrific ensemble, and I especially loved the film's scope for characters like his, showing a rural angle on the reign of the 18th Amendment in America, as opposed to the usual mob-centric period pieces, set in the city. But the film doesn't endear Shia LaBeouf to me any more than before, and the inconsistencies that seem to have come with making a more commercial film mean that Hillcoat has still had better days.

Shia was good, Tom was good, but the one who really knocked this out of the park was Guy Pearce. Hopefully, just hopefully, he may get his first Oscar nomination for this but I almost highly doubt it since it’s a little too early to be calling out nominations so soon. Good review Mark.