SEEKING A FRIEND FOR THE END OF THE WORLD- Review 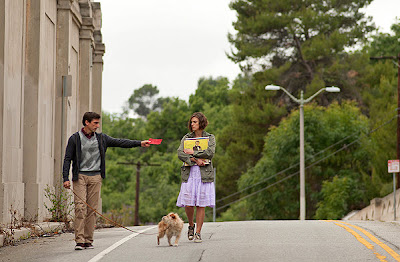 In retrospect, Roland Emmerich's apocalyptic idiot-fest is looking like a watershed moment. It's since then that we've seen a number of films that can be described as either "smaller" and/or "better" than the world-sploding spectacle seen in tentpole blockbusters. Melancholia and Another Earth took different, but dramatic views on massive, Earth-shattering events, and now Seeking A Friend For The End Of The World comes at armageddon from a more mumbly point of view.

When it's announced that NASA has failed in its efforts to destroy a massive asteroid called Matilda, its collision course with the Earth is unimpeded, and humanity has three weeks left before the end of days. Dodge is a middle-aged man, pining over the one that got away, and Penny is his young, exuberant English neighbour- circumstances push them together on one last road trip to be with their loved ones, as Matilda looms larger.

You can sometimes say of a comedy movie that all of the best jokes are in the trailers. In the case of Seeking A Friend For The End Of The World, it's more like all of the jokes are in the trailer, because to make it look like such a broad comedy, that's what they had to do. There are other funny moments in the film, but it's far more arch than it has been depicted, and I think that's why the word of mouth has been so poor. Basically, it's Cyrus syndrome, and though I've historically had problems with mumblecore, I liked this film a lot more than that one. 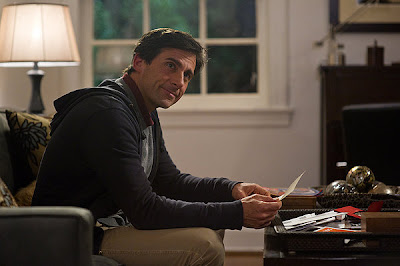 It's one of those films where a lot of the humour comes from the situations that the characters encounter, in a world where everyone is counting the days to extinction. Steve Carell and Keira Knightley each have funny moments, but their characters' personalities are largely built for the gradual transition into more dramatic territory by the end of the film, and so in the first half of the film, there are a lot of cameos from comedy actors, enacting sketch-like scenes comprised within Dodge and Penny's road trip.

Lorene Scafaria's script variously depicts doomed civilisation as a hotpot of hedonism, eerie resignation and howling panic- the succession of sketches isn't necessary to underline the world building that's done early in the film, through sight gags and a bearable amount of exposition. With that in mind, it feels like the film is treading water, for some of the running time. It knows where it's going, and what will happen when it gets there, but perhaps there's not quite enough in there to make it a feature.

It's not that I didn't like spending time with the characters. I liked Steve Carell so much in the film that I was disappointed that his hangdog mask never really cracks. The film seems to be building to the point where he might react to his impending death, and the destruction of the planet, but he remains the straight man in a way that doesn't really pay off, except in the final moments. He does build some unexpected chemistry with Keira Knightley, who plays a modified version of the Manic Pixie Dream Girl. She's not completely vacuous, and nor is she put on a pedestal- she's more than a little messed up, and there's a knowing quality that's absent from other MPDG characters, which almost comes across as affectionate parody. 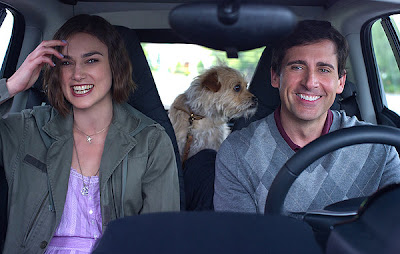 Seeking A Friend For The End Of The World is a fairly soft-spoken indie dramedy, with only echoes of Zombieland to live up to anything that the trailer might have suggested. It seems like next year's The End Of The World, starring Seth Rogen and Jay Baruchel, might be the movie that some were looking for from this, but its longer-titled predecessor pulls off mumblecore tropes without being as intensely irritating as the worst of that genre. The apocalypse makes a much better impetus for shoe-gazing than moving in with a family member or some such shit, and the arch humour about how people react in the face of certain doom sets a tone that still resonates in the more tender scenes.

A totally uneven film, but somewhat lifted up by Carell and Knightley’s performances. Hopefully, Keira picks up more comedic roles for her because she’s actually pretty damn good at them believe it or not. Good review Mark.