THE ARTIST- My Thoughts 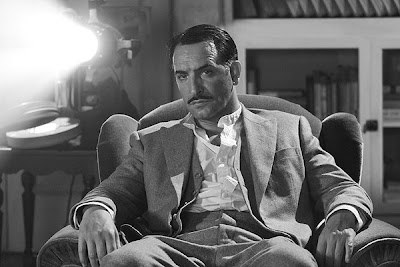 As I keep telling you, the movie business is currently engaged in one of the most open awards seasons in recent memory, but that hasn't stopped a few favourites emerging. To give you an idea of how "meh" the last 12 months have been, in spite of having provided a host of good, if not awards-worthy pictures, one of the surprise candidates for Best Picture at next month's Oscars is Hugo. Good, yes. Best Picture good? Not really, and in some ways, the almost dead-cert winner of this year's Best Picture award, The Artist is comparable.

Created by Michel Hazanavicius, and the same team he worked with to bring the OSS 117 spy movie parodies to the screen, the main conceit of The Artist is that it's a vérité silent movie, operating with all the same rules and modes of address that were used in Hollywood's infancy. The story begins in 1927, and George Valentin is the movie star idol of a starstruck young woman, Peppy Miller. A chance meeting between the two gets Peppy a walk-on role in George's newest picture, with consequences that neither of them could have predicted. When talking pictures become the newest big thing in Hollywood, George's prideful dismissal of the technology threatens to tip him into oblivion, while Peppy becomes a stratospheric mega-star.

Let's be frank, from the very beginning- The Artist is pretty delightful. I really believe that only a contrarian could declare to have found it completely without joy, simply because if you like films, there's going to be something that you like in this one. In all that it sets out to do, it is practically perfect, as stars Jean Dujardin and Berenice Bejo perfectly capture the expressive "mugging" that typifies the craft of acting for a silent movie, and Ludovic Bource provides an old-fashioned yet energetic score to keep your eardrums occupied. It is a completely sincere expression of the purest form of cinema, and it even has a funny dog. There's a "but" coming, here. 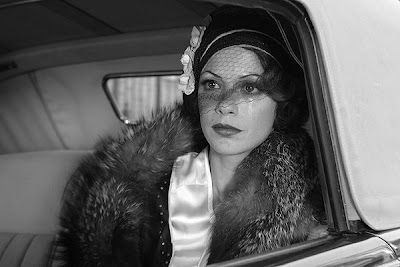 The film obviously bears the weight of expectation very well, but I can't help but feel that it's lost something of its appeal, while propelled along by the juggernaut of hype. That it is the frontrunner for Best Picture says more about its competition, than it does about the film itself. I liked The Artist. I like it a lot, but I don't love it. It's strange to feel like this- to come out of a movie with hardly anything but praise, and yet still feel like I'm speaking in half-measures. All of the hype gave me an expectation from the film, and although the film is equal to the task of satisfying those expectations, it is no more than that.

At a certain point in the film, it's so vérité that you start to think about how this would be remembered if it had in fact been made in the silent movie era, and you kind of wonder if it would indeed be remembered. Like Hugo, its main business is the nostalgia for cinema. In Hugo, the plot was akin to a Lemony Snicket adventure-mystery story, but the movie was about cinema instead. The Artist owes a lot to A Star Is Born, and in that much, it never really surprised me. I'm not saying it was predictable, merely that, once again, my expectations were met and not surpassed.

To switch off my Mr. Grumpyface opinion bullshit for a moment, I should stress that there is no point on which I wouldn't recommend that you go to see the film. Should you see The Artist? Yes, it's charming and wonderful, like everybody says, and different enough that it's a hugely refreshing cinematic experience. But it did feel, to me, like some of the Oscar favourites that people have decried in the last few years. Will they still be seen as important in 20 years? Most likely not, in the same way as few people think that Driving Miss Daisy or Forrest Gump were the best films of their year. The Oscars hype spoiled the film for me, not in terms of the plot, but in giving me a correct expectation of exactly how it would turn out. 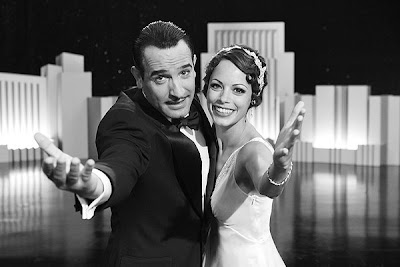 I'm certain enough that The Artist will be this year's Best Picture that I'm going to put money on it, which kind of shows how the real charm of the film has been divorced from the film as an award-winning artefact in all of the press surrounding it, including this very review. It is, like Hugo, an exercise in nostalgia rather than storytelling, but it's funny and moving to an extent that is above and beyond its central gimmick. When people say "It doesn't have to be Oscar-worthy" about mediocre blockbusters, I wish they would say it about films like The Artist, instead of shit films, because then we might get on the way to ignoring subjective judgements and hype, and actually appreciating a bit of pure entertainment like this.