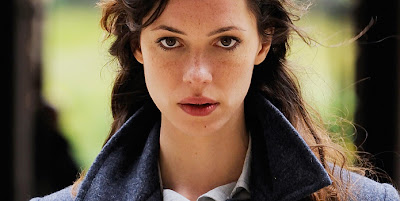 While I hasten to join in with those reviewers that hope the BBC will pick up The Awakening and make six more episodes, post-haste, it's not to say that Nick Murphy's boarding school chiller is ever less than cinematic. The line has been blurred for some time, what with Sherlock comprising three feature-length episodes and the general production value of certain American shows putting Hollywood equivalents to shame.

The fact remains that Florence Cathcart, a no-nonsense paranormal investigator who exposes ghostly hoaxes, and her adventures in 1921 would be a fantastic springboard for a spooky BBC drama series. As it stands, it's also a very good film, which inevitably finds Florence confronted with evidence of real ghosts, in a creepy-looking rural boarding school. A boy appears to have died of fright, at the sight of the school's visitor, and a sceptical Florence is brought in to investigate.

Florence makes for one of the year's most magnetic protagonists, due in no small part to the excellent performance of Rebecca Hall. Hall has become a dependable supporting actress in recent years, but she shines in this lead role, as a damaged and yet fiercely intelligent spinster who is at odds with her own beliefs. She does a terrific job of fully bringing the character to life, as her professional career clashes with her own innermost desires, and her festering angst. We see her at her sharpest, as she furiously exposes the charlatans who live on exploiting others that want to believe, but she's not emotionally immune to a dressing-down from the disappointed marks. 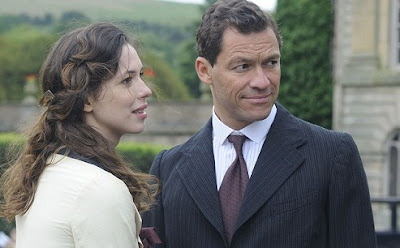 Stephen Volk, who previously oversaw ITV's Afterlife, co-wrote the script with Murphy, and it's also a credit to the script that Florence is such a well-rounded character. The film's historical setting really gives weight to its particular brand of emotional horror, which is, in some ways, reminiscent of The Orphanage. However, the idea of World War I having torn a generation asunder has seldom been explored so well as it is here. With hindsight, most films seem to focus on the subsequent world war, and overlook the period in between.

The Awakening, by contrast, drinks in all of that historical context and tells a tale in which a generation whose nerves were already shot, after the war, is confronted by that from which many draw solace. Having lost so many, the idea of the afterlife could seldom have been more attractive. Even if the scares prove to be pretty by-the-book, utilising mirrors and slammed doors and whatnot, the setting alone provides context for great characters, such as those played by Dominic West and Shaun Dooley, and a gripping story.

Elsewhere, Imelda Staunton plays the school maid, Maud, and she might as well be wearing a badge that says "Knows More Than She's Letting On." If the film lapses into predictability at points, it is by its relationship to contemporary ghost movies. It feels almost like it began life at BBC drama, before being transferred to the filmmaking arm and expanded to 90 minutes. The first hour makes a serviceable pilot, setting up enigma codes and characters that would have stood a TV series in good stead. In a film, such things have to be resolved in less time, and thus with more immediacy than might satisfy most. 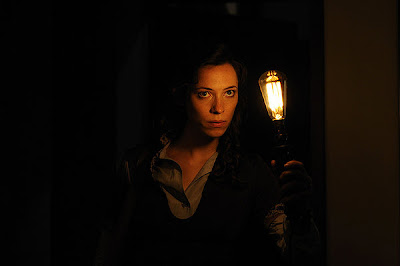 The upshot of The Awakening being a film, and not a TV pilot, is that it looks gorgeous and that it's well-served by the presence of a reliable screen actress like Rebecca Hall in the lead role. Parallels with The Orphanage seem inevitable, but I would liken it more to this year's Spanish horror outing, Julia's Eyes- a film that appreciates the emotional value of its audience's fear, and holds it as a privilege while still indulging in its share of jumps and jolts. It's a more flawed film, but it gets my whole-hearted recommendation on the basis of its thoughtful script and its absorbing atmosphere.