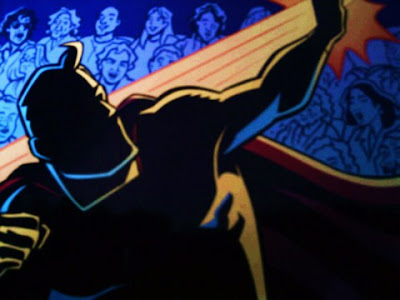 Book reviews aren't usually the forte of this here blog. Then again, if I can recommend a film-related book as good as Superman vs. Hollywood every now and then, I suppose I'm doing my part for literacy, to make up for telling you to go and sit in dark rooms and watch films during the summer.

In Superman vs. Hollywood, Jake Rossen gives an in-depth study of Superman's relationship with the big screen and television, and the obscenely complicated machinations that have either held up, obfuscated or flat-out ruined different interpretations of the character. The book was published in 2008, and so it goes as far as the box office business of Superman Returns before its conclusion, but it's a bracing read for Superman fans who are concerned about Zack Snyder's upcoming Man of Steel...

You don't need to be as enthusiastic a fan of Kevin Smith as I am, to have heard that anecdote about Jon Peters, the eccentric hairdresser-cum-producer who held the reins on the much mooted Superman sequel in the 1990s. Peters' rejection of the iconic costume and insistence upon ridiculous shopping-list items such as a giant mechanical spider and a fight between Brainiac and some polar bears have long since become legendary, through the popularity of Smith's Q&A tours. The thing that sets Rossen's book apart from others like it is his own perspective.

Even though we've heard many of the stories in Superman vs. Hollywood before, the author provides a new spin, and somehow seizes coherence from the incoherent tangles of the Salkinds, McG and others, to turn this book into a genuine page-turner. He even manages to eke out some tension at certain points, as with the very literary device of describing the moment that producer Alexander Salkind's wife lunged at writer Tom Mankiewicz with a steak knife at the beginning of the chapter, teasing the later reveal that Marlon Brando stepped in and, in all likelihood, saved Mankiewicz's life. 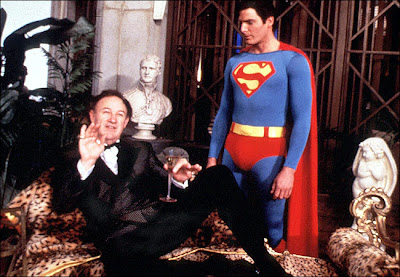 It's encounters like these that makes the book really intriguing. Superman has never been as well known for his rogues' gallery as say, Batman or Spider-Man, so it's interesting to view the people misguidedly trying to bring the character to the big screen as the greatest enemies we've ever seen him pitted against. Another literary device of Rossen's is to sporadically update us on the whereabouts of Jerry Siegel and Joe Shuster, who were due character royalties from their hugely successful creation that were never ever paid by DC Comics. Theirs is the tragic subplot of the book.

It's a real page-turner for a factual book about Hollywood impotence, and it feels informative even in its delivery of tales with which Superman fans will already be familiar. Rossen covers every screen incarnation of the character up until Superman Returns, also including the ill-fated Superman musical, Supergirl and a TV series I had never even heard of, Superboy. A far more clinical book could have been written on all of this, but the author is genuinely interested in the character. If Warner Bros. had only mustered some of that interest themselves, perhaps we would have seen a Superman movie in the 1990s after all.

If I have one complaint about the book, it's the foreword. There's nothing wrong with it, it's just the fact that it's written by Mark Millar, and advertised as such, which immediately led me to buy the book under the impression that it would cover his planned trilogy, which broke down a couple of years ago. I'm eager for any more details on that, but of course, the book was published before all of that. It's a problem that could hopefully be rectified by an updated edition- in the publishing world of Halliwell's Film Guide and 1001 Films You Must See Before You Die, there's no book about movies out there for which I would rather see an update than Superman vs. Hollywood. 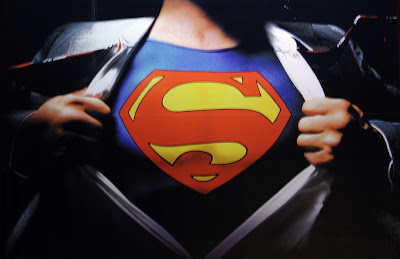 Hopefully, there'll be a second edition after Man of Steel is released next Christmas. Rossen's prognosis at the end of the book is optimistic, written at a point when we thought Man of Steel was Bryan Singer's sequel to Superman Returns. After this tale of merchandise-obsessed studios, and meddling producers, and bizarre deviations, and years of wasted development, I'm rooting for Snyder and Christopher Nolan to get it right. It must be a very good book, if it turns the most overly powerful character in fiction into an underdog, albeit within the Hollywood system.

I'm Mark the mad prophet, and until next time, don't give Superman a black gay robot sidekick.
Posted by Mark at 09:00