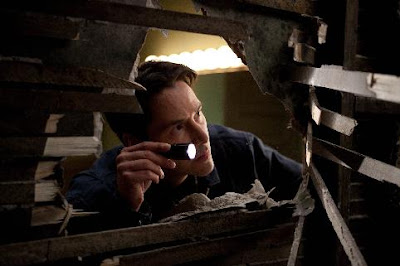 It's been said that there isn't a Keanu Reeves film out there that wouldn't be better without Keanu Reeves in it. I can think of at least five films where that's not true, but I'm sad to consign Henry's Crime to the other pile. Keanu stars as Henry, who joins Lara Brennan and Kenny Waters this January as an innocent victim of a miscarriage of justice.

In this case, he's an accidental accessory to armed robbery, and he gets three years. He comes out of prison on parole, resolved to commit the robbery he was imprisoned for- if he did the time, he might as well do the crime for good measure. To that end, he enlists veteran inmate Max to come and help him once he gets out of prison too, and ingratiates himself with frustrated actress Julie, who is rehearsing in a theatre just down the street from the bank.

Let's keep the Keanu bashing to a minimum, as I'm sure there's still a lot of love out of there for both Theodore Logan and Neo. He's miscast here as Henry, in a role that really requires an everyman actor along the lines of Tom Hanks or James Stewart. This is most clearly seen when Henry first leaves prison, and finds his wife has fallen in love with the man he stood in for on the day of the fateful bank heist. He gives them his blessing, as long as his wife is happy. Reeves can't play "affable", so it comes across like he was never really interested at all. 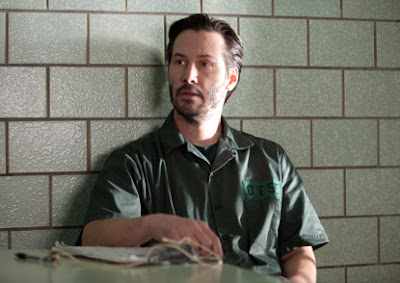 Thus it's a shame that he's not the most capable actor in the world, because that's really what this script demands. With metatextual irony, it also demands that Henry is able to act, at a crucial juncture in the story. But it's brought to the screen by Malcolm Venville, the director of British gangster drama 44 Inch Chest, and I wonder if it was his approach that makes the film feel off, somewhat. For the large part, there's a mildness of touch that elevates this above most crime films, especially one that essentially revolves around an ex-con taking revenge on society.

It's not a violent film, and nor is it hugely profane. The inherent sweetness must be in some part down to the co-writing credit for Sacha Gervasi, who previously worked on the script for Steven Spielberg's The Terminal and also directed Anvil! The Story of Anvil. The good stuff about this film is very good, like its openly integrated but well executed relation to Chekov's The Cherry Orchard, and the supporting cast. James Caan easily acts almost everyone else off-screen as Max, and Vera Farmiga holds her own far better than Keanu Reeves can in the lead role. 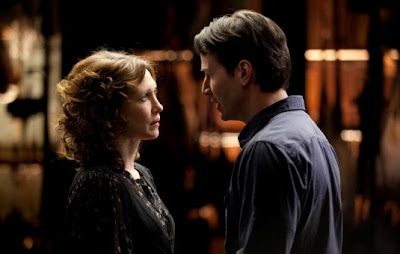 As much as I try to refrain from bashing an actor who I really don't mind, he's the main problem with Henry's Crime. With him, it is a perfectly serviceable and largely enjoyable little film that's only brought down by a disaffected leading man. While the supporting cast are on top form and having fun with what's clearly more lighthearted fare than their usual, the casting of Keanu Reeves demonstrates only that we're due another Tom Hanks or James Stewart amongst more recent generations of actors. This could have been better with such an every-man in the lead, but as it stands, it's only good.