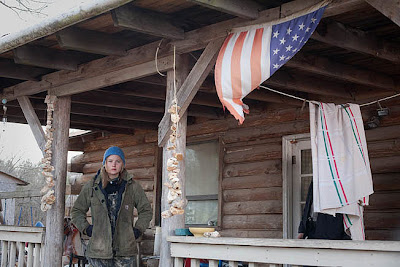 Winter's Bone is one of the Oscar darlings for this year, perhaps due to benefit from the Academy making up for lost ground, after their ignorance of The Road at the last ceremony. Both this and John Hillcoat's film are bleak, both films are acted very well, and yet one of them is somehow a lot more hopeful than the other.

It's about Ree, a headstrong young woman who lives in the Ozarks in Alabama, caring for her mentally ill mother and her two younger siblings in the absence of her delinquent father. Said daddy has jumped bail and put his only asset, the family home, up for his bond. This gives him a week to show up before his bondsman takes the house away. In the sparsely populated community, everyone is related by some way or another, and Ree begins a potentially deadly endeavour to find out which of her relatives knows the whereabouts of her father.

The interesting thing about Winter's Bone is that it's so much more about the atmosphere than about the narrative. That's most apparent from the fact that it's ostensibly a whodunnit, but when the credits roll, you'll have no clue who did it, but you'll still feel like you've travelled somewhere, and learned something about th characters. You get certain Oscar contenders that are to be admired rather than enjoyed, and in that scheme of things, this is a film you have to absorb the tone of rather than enjoy it. In that respect, it's an infuriating thing to review, because although it's very good, I would struggle to know how to recommend it to anyone. 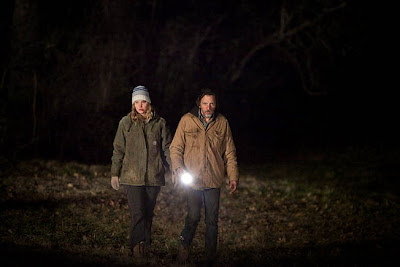 On its good side, an excellent female protagonist is created in Ree, who's unflinching and headstrong and determined against all the odds, and is played with outstanding skill by Jennifer Lawrence. It's a gift of a breakout performance for her, the kind of role that's going to get people bashing down her door to be in their films and which further cements my suspicion that it's going to be a year for younger performers in the acting categories at the Oscars this year. On its bad side, the film gets down and dirty with the community it portrays in a way that is stomach-churning and extremely powerful.

It only makes the character and resolve of Ree all the more remarkable, watching her get knocked down and keep pushing forward in her determination to protect whatever excuse for a home she has within this unforgiving part of the world. As she treks from homestead to homestead through wintry forests, we realise that it's not a coming of age tale. Ree has already came of age, albeit prematurely, and the challenges she faces in the search for her father cruelly antagonise what scant security she has.

The hard-faced misogyny and conservatism that the many of the antagonists are so deeply rooted in is actually personified by a woman- Merab, played by Dale Dickey. She's really quite frightening as the devoted wife of one of the local bosses, and she's only matched by John Hawkes as Ree's sole ally, her uncle Teardrop. Even Teardrop is as traditional and damaged as those who are trying to silence Ree, and he makes for a compulsive and suffocating presence throughout. 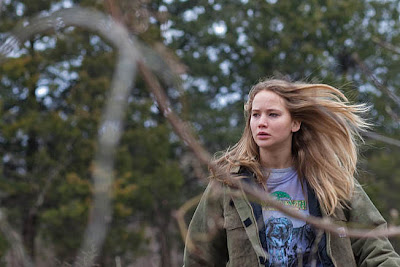 In the way of many Oscar favourites, Winter's Bone charts a story of perserverance in extreme circumstances, and it's the strength of the characters, particularly Lawrence's Ree, that makes it such a riveting experience. It's not going to do much to warm you against the cold snap we're currently weathering, and it's about as claustrophobic as Buried, using a more sparse and much larger environment, which is a terrific feat of staging by director Debra Granik. It's intimidating, but it's also a staggeringly well-made bit of independent filmmaking that's going to make many people's Best of 2010 lists. It's not exactly my cup of tea, but for my part, I still found it obstinately watchable.