Something Boro-ed- THE TOURNAMENT Review 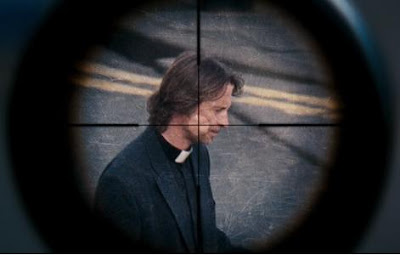 It's taken me a while to get to this one, having first heard about it three years ago. As opinionated as I am on the subject of films, and as eager as I am to try and make films or watch people from the area make films, I was always going to get around to the Middlesbrough-set action thriller The Tournament.

As you might suspect, it's about a tournament. To wit, a tournament in which the world's greatest assassins compete to be the last man standing, earning the distinction of being the world's single greatest assassin and winning a $10 million prize. This contest descends on an out-of-the-way town or city, once every seven years, and now it's Middlesbrough's turn. The contestants include a nutty Texan killer, a vengeful former winner, a hit-lady with a secret, and quite unwittingly, an alcoholic priest who's never resorted to violence in his life.

The Tournament is the kind of film that confused people will equate with the work of Quentin Tarantino. The kind of person who can only elaborate on this comparison by saying "it's violent". Tarantino's films are much more about a cinematic literacy that often overpowers whichever crime story is being told, in which violence happens to occur every so often. With only Ving Rhames, Marsellus Wallace from Pulp Fiction himself, to corroborate the likeness to Tarantino, I think that films like this owe more to the visual style and convenient storytelling of Tony Scott, the minor Scott who has worked prolifically through the 90s and will come out with Unstoppable in a few weeks' time. 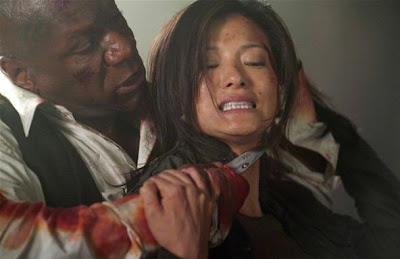 As you might have read on this blog before, I don't rate Tony Scott. On the other hand, I do rate The Tournament. The director and writers are all from my hometown, and the difference between them and Scott, who also hails from the North East, is that they're all starting out with this film. Through Man on Fire and Domino and remake The Taking of Pelham 123, there's a missing vitality. Scott knows the craft of action cinema very well, but he's past his very best work- in my estimation, his only two really good films are True Romance and Crimson Tide, neither of which were the disposable action fests for which he is now better known.

With something to prove, director Scott Mann and writers Jonathan Frank, Gary Young and Nick Rowntree have buckets of vitality. As with many debuts, this film is a calling card. These guys are hungry for the craft of filmmaking, and the result is an action film with much more vim and vigour than most films being churned out of Hollywood week in, week out. It was evidently a fraught production- the budget apparently ran out twice before production was finished. Even with its troubles though, their enthusiasm brought together a fine ensemble cast with a high degree of international renown.

It might not be the best work any of them have done, but it's always great to see Ving Rhames and Robert Carlyle in anything, and there are some very well choreographed fight scenes between Kelly Hu and Sébastien Foucan. The weak link is Ian Somerhalder, who isn't given a lot to do but play "Texan" and "psycho", two traits that stereotyping has made so synonymous that neither is really distinctive from the other. The trouble is, it's hard to really care when the film is so transparently headed for a climax in which none of these characters are the most important part.

The chief allegory to be had is related to surveillance. Liam Cunningham, playing the shady orchestrator of the contest, handily exposits that Middlesbrough has more CCTV cameras than anywhere else in the world, allowing the spectators to watch the proceedings by hacking in and watching on a big screen. We keep returning to a bunch of international billionaires sitting around a big table, watching grisly deaths with scantily clad waitresses catering to their every whim. Factor in the fact that there are no standout antagonists amongst the 30 hardened killers competing for the prize, and you can probably see where it's headed a mile off. With all the shades of grey amongst the contestants, the more tangible "evil" of the piece is all too visible.

Beyond the surveillance subtext and the little slugline that tells us where we are, there's really no indication that it's set in Middlesbrough, or at the very least, I didn't recognise many of the locations despite having lived in the town all my life. I'm not complaining about that at all, as the first step to a cringey and parochial student film would have been tourist-friendly lingering shots of the Bottle of Notes or characters enjoying "delicious" parmos.The filmmakers wisely avoided both, and the film is better for it. For that reason however, there's really little reason to place the film in a set location at all, much less Middlesbrough. 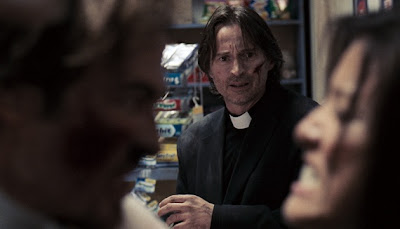 It's often said of the British that we hate success. You need only look at how many articles reductively speak of UK films abroad as "underwhelming" to see that there's not an enormous amount of support for ambitious productions like these in the popular press. I'm definitely not slating The Tournament for taking on an international market. I'm an aspiring screenwriter myself, and it's not the film I would have written as my debut, but then it's packed with stuff I could never achieve in my very first film, including tautly executed action sequences and a strong cast who you've actually heard of.

Back in February, I found myself wishing that someone would make a film for Middlesbrough as interesting as David Morrissey did for Liverpool in Don't Worry About Me. The Tournament isn't that film, and in my opinion it's better for it. It's more inclusive of a worldwide audience, because goodness knows it doesn't need shots of Kelly Hu abseiling down the Transporter Bridge, or whatever. Instead, it's a perfectly serviceable and action packed calling card film for whatever the filmmakers want to do in the future.