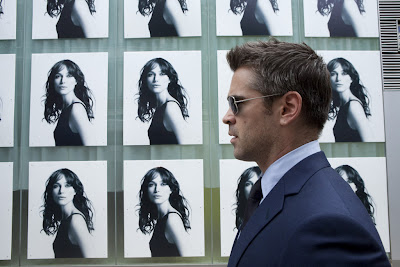 Off the back of such screenwriting successes as Kingdom of Heaven and The Departed, the latter of which won him an Oscar for Best Adapted Screenplay, William Monahan makes his directorial debut with London Boulevard. To say it's a letdown is understating it- if it weren't for Monahan's name, and the cast that he attracted, this would be a Danny Dyer film.

Colin Farrell stars as Mitchell, a gangster who's just served time in Pentonville prison. Upon his release, he's determined to go straight. A veritable clusterfuck of complications get in the way of this, including the murder of his homeless best mate, a feud with a big-fish gangster called Gant and the various troubles of his alcoholic sister. All of this conflicts with his new job as security for Charlotte, a reclusive starlet who has the paparazzi after her.

Monahan writes from Ken Bruen's novel of the same name, which was based loosely on Sunset Boulevard. From Billy Wilder's film, to Bruen's book to Monahan's film is like playing Six Degrees of Separation. For instance, Monahan's Charlotte is de-aged considerably, from her mid-50s in the book to Keira Knightley in the film. Is that a narrative decision, or a commercial desire to cast a more comely female lead? It matters not a jot, because whatever you've seen in the trailer, London Boulevard is far too busy to be about a trifling thing like a woman.

The script is a mess that tries to encompass the conflicting interests of Gant the gangster and Charlotte the starlet and Jordan, her live-in luvvie, and Joe the homeless bloke and Briony the booze-addled sister and Raju the doctor and alllllll of those different elements combust around each other for the film's 104 minutes. The trouble is, that at some point in the story, you'd hope that it would start to matter. 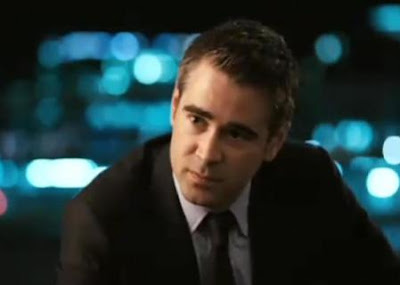 Instead, it traipses along in a permanent state of the preliminary. Any two of these plots together, for the whole movie, could have been the first twenty minutes or so of a much better crime drama. With everything heaped on top of everything else like some giant game of Jenga where the blocks are all crime movie tropes and broad character stereotypes, it's just unlikeable. This only makes it harder to enjoy once it falls into both visual and verbal profanity in the closing movements.

In all senses, the cast elevate it. Instead of Danny Dyer, we get Colin Farrell, continuing his streak of lending his name to more mid-range projects, albeit one with a lauded screenwriter at the helm. Mitchell seems curiously fond of violence for someone who's so determined to go legit, so that performance, though fine, doesn't really ring true. The other highlights are Keira Knightley in one of her best performances and David Thewlis in a scene-stealing supporting role, but like Farrell, they pale next to the general failure of the script and direction.

The editing is jumpy, with clumsy transitions that leap all over the great and apparently grimy city of London. There are huge tonal shifts in the process of Monahan chasing the feel of British crime thrillers from the 60s and 70s, being gritty and stomach-turning while still very cool and retro in some scenes, and then becoming a caper in the next minute by dressing Eddie Marsan up as a pre-Life on Mars copper. The rest is largely tired stuff that we've seen before. Oh look, Ray Winstone's a gangster! He looks really bloody bored, as well. 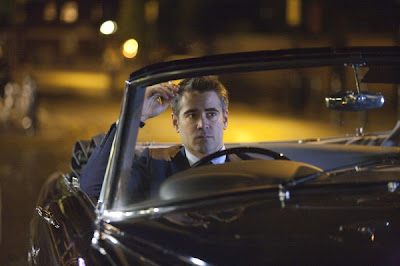 It seemed baffling to me that an Oscar winning screenwriter could turn out London Boulevard, especially right after The Departed. It starts out strong enough, but then carries on at the same pace irrespective of actually being any good. Then I saw an interview he did where he explained, "In all honesty a gangster picture was the easiest kind of film for me to get made." That certainly explains what feels like a huge lack of passion behind this film, which has been overblown above its proper place as a direct-to-DVD gangster thriller by the prestige of its misplaced cast and crew.