... and North of the Border- THE AMERICAN Review 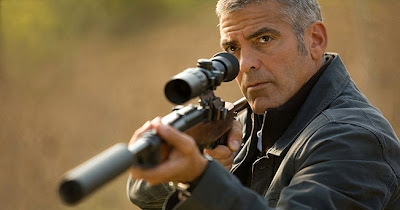 It takes a special kind of actor to carry a film that's primarily a character study rather than a great story, and it seems from mainstream reviews that the jury's out on whether or not George Clooney manages it in The American. While most are highly complimentary of his performace, it's everything around him that seems more questionable.

Clooney plays Jack, an accomplished hitman who's about to retire because of a job that goes wrong in Sweden. Surprise surprise, his last assignment is not going to go exactly as planned. He holes up in the picturesque village of Castel del Monte and poses as a photographer as he gets on with the job- constructing a compact murder weapon for a fellow assassin. More prominently, Jack ends up having existential chats with the local priest and a passionate tryst with a prostitute. Told you it was more about him than about anything in particular...

You know how people say the Jason Bourne series is like James Bond with the fun excised? Or even that Daniel Craig's Bond movies are like James Bond with the fun excised? Well what The American presents is a much closer approximation of what would happen if the 007 series was character-based. Even the opening credits, set after an extended beginning sequence, deal in silhouettes and backlighting. What would happen if Bond was seriously haunted every time one of his conquests was killed by a man with metal teeth? 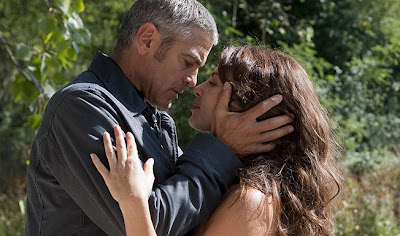 Here, the men with metal teeth are replaced by mere ordinary hitmen, just like Jack, and the manner of his lady friend's murder early on in the film paints him as much less righteous than your typical hitman protagonist. Jack is a cold-hearted bastard in the way that none of the screen Bonds have ever been, so there's no fun to be had here. It's not a negative comparison. The American is not aiming for the audience of the James Bond films, no matter what the misleading trailers suggest, and just because it's not fun, doesn't mean it's not interesting.

As I said, Clooney has been well appraised for his performance, which is something like a more twitchy and subdued version of his Oscar nominated performance in Up In The Air. Jack is a loner, who travels light and denounces emotional attachment to commit to his line of work. It just happens that he's more in the business of killing people rather than firing them as in Jason Reitman's considerably more breezy romcom. There's also ample support from Violante Placido and Paolo Bonacelli.

Perhaps the maddeningly inspecific title, in the year that we also saw titles like The Road and The Town, is there to mark a contrast with the overwhelmingly European feel of the film. Placing George Clooney into the setting of a tiny Italian village in the mountains makes his nationality into his most obvious characteristic. However well served the film's version of Castel del Monte is with tavernas, churches and brothels, Jack is still a big fish in a small pond there, and the effect is to make him deeply paranoid about his pursuers' resources. 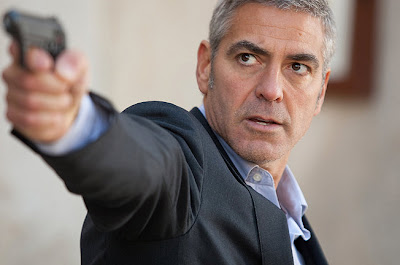 This is a feeling that pervades the whole film, making it a very intense watch at times, even in spite of the torpid pace. The consequence of so firmly wrapping the film around the character of Jack is that there's not much chance for audiences to get involved, outside of getting nervous. His existential malaise fills up so much of the screen that the jumps and jolts get you as much as they get Jack as this thriller progresses. You might expect the person sat in front of you at the cinema to get up, turn around, and shoot you in the head.

The American is so self-contained that it's more haunted than haunting. It will leave an impression, but because it's not really about anything other than the one character, it's difficult to declare where exactly we've travelled to by the time we get to the partially open ending. It all looks beautiful, with some stunning locations, a retro aesthetic and a very attractive cast, but I don't know that it's as substantial as it thinks it is.

I'm Mark the mad prophet, and until next time, don't watch anything I wouldn't watch.
Posted by Mark at 07:00