Yeah, it's a bit late now, but hey- good things come to those who wait. I'm going to condense a whole bunch of reviews into one healthy sized post here, all reviewing the big nomination-grabbing films at this year's ceremony.

I haven't actually made a note on here of what I made of this year's nominations, mostly because at the time they were announced, I hadn't seen half the films. You'll find out through the reviews how deserving I think the films were, sure. So now I'm going to have a rant about the snubs. The biggie is The Dark Knight, which really should've been up for Best Picture and Best Director, looking at how The Reader somehow bought... er... was deemed worthy of a nomination. Damn you, Weinstein. But seven nominations remains an incredible achievement for a Batman film, so not gonna complain a lot.

One of the snubs I am pissed off about is In Bruges, because it was easily the best film of last year (that didn't have Batman in it, at least). It is up for Best Original Screenplay, (because it IS the best original screenplay) and I really hope it wins, but it was a shame to see the performances of the cast overlooked- Colin Farrell won a Golden Globe last month, but Brendan Gleeson remains sadly ignored for his brilliant performance. It's just a shame that In Bruges probably isn't a film that Universal or FilmFour were willing to spend a lot of money campaigning for, what with their successes elsewhere with Frost/Nixon and Slumdog Millionaire respectively, (more on those below.)

But the one that really pisses me off is Gran Torino. Where's the love for Clint Eastwood?! He's one of the best directors around, and didn't get a look-in for either this or Changeling in this year's nominations. That I could've overlooked, if he'd got a nomination for Best Actor, because this is one of his best performances. In fact, what did Gran Torino get nominated for? NOTHING?! Fuck that shit! Curse you, Oscar! My review of Gran Torino will be online soon, but I can tell you now that it's a marvellous film that's been cruelly overlooked. It's also said to be Eastwood's swansong as an actor, which makes its omission even more conspicuous.

THE CURIOUS CASE OF BENJAMIN BUTTON 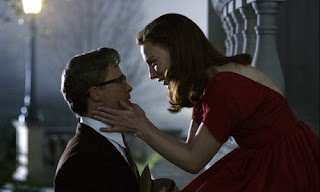 It shares a screenwriter with Forrest Gump, and the most criticised aspects of this one is that it's like a smarter version of that film. Perhaps that's why it had so much Oscar buzz in the run up to the ceremony, but I refuse to understate that this is a beautifully shot film, and that's why it took its share in the technical categories. The special effects are amazing and the cinematography is eye-boggling. However, on the more practical and story-based side of things, I felt it fell into the trap of relying a little too much on Brad Pitt. Although he gives a decent performance in the early scenes, I found him more grating in the latter part of the film, because it was more like a film about Brad Pitt aging in reverse rather than a man named Benjamin Button aging in reverse.
FINAL THOUGHTS: The Curious Case of Benjamin Button is certainly enjoyable, but forgettable too, and I wouldn't have thought it Oscar worthy. Sadly my fondest memory of this film may be its segment in Hugh Jackman's hilarious opening number at the Oscar ceremony. Altogether now: "When I was four, my back was sore and I had pubic hair..." 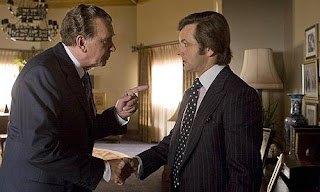 Sadly overlooked in terms of actual wins, this was another film that I felt was better than more of the more popular films at the Oscars. Frank Langella's nomination for Best Actor was on the nose, but where was Michael Sheen's Best Supporting Actor nod? He was snubbed for The Queen, and now here too. Poor Michael Sheen- he's clearly cornered the market on playing real-life figures, having thus far played Tony Blair, Kenneth Williams, Brian Clough and of course David Frost in this film. The dynamic between the two actors really brings their characters to life, and the film is utterly engrossing and inherently watchable.
FINAL THOUGHTS: It had a limited run in cinemas, so if you missed it, Frost/Nixon is definitely one to catch on DVD later this year. And unlike Benjamin Button, this was more memorable than the (still brilliant) Hugh Jackman spoof, which is always good. 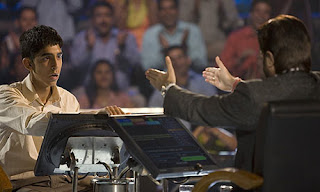 Brilliant, brilliant, brilliant- my favourite film of 2009 so far. It's just superb. The Academy absolutely got it right with the Best Picture win. In using the tag "feel-good", I just want to point out that I was waiting for an example that I could use to fully vocalise my objections to the popularity of Mamma Mia, and besides being an awesome film, that's what Slumdog provides. People seem to mistake some film that's essentially a Hollywood version of those Saturday night ITV "celebrity" karaoke shows for a feel-good film. To me, a feel-good film is a film that ends happily after the main character overcomes incredible adversity, and that's what Slumdog Millionaire is. I'm not sure where the adversity is in living on a Greek island and being Meryl Streep, but I digress. The point is that this is an extremely early contender for film of the year and anyone will enjoy it, unlike most of the films I dub as "early contenders for film of the year."
FINAL THOUGHTS: Danny Boyle, you are a beautiful man. Keep directing! Audiences, if you haven't seen this film yet, do so forthwith! 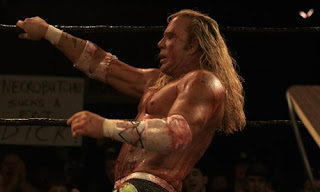 Like Frost/Nixon, this is another film that had a limited UK cinema run. This was the darling of all the other awards ceremonies this year, with Mickey Rourke hotly tipped to win Best Actor. Personally I was never quite sure of that while watching this, because while Randy "the Ram" Robinson is a truly emotive character, I'm not sure if that's due to the excellent script or the hitherto undiscovered acting genius of Rourke. I will say that Marisa Tomei gives a wonderful supporting performance and that The Wrestler is a great tribute to the sport, and depending on how much you like wrestling, you can read that as you will. It's been called the Rocky of wrestling, but it's not. This is so much more brutal than Rocky, and I doubt you'll finish watching the film feeling inspired. After all the buzz, this was conspicuous by its absence in the Best Picture category, and Sean Penn winning over Rourke is seen by many as an upset.
FINAL THOUGHTS: Awards aside, The Wrestler is a film that deserves attention and recognition. This clearly wasn't made with Oscar bait in mind like certain others that did get nominated for Best Picture, so it's an entertaining watch.

Um, to conclude, here's the films I would've nominated for Best Picture...

With The Wrestler a close sixth-place. But Slumdog would win out of those anyway, so all's well that ends well. I'll try to get some Oscar commentary done earlier next year, but it depends on when the films are released. Still haven't seen Milk, The Reader, or Vicky Cristina Barcelona. Hurm. 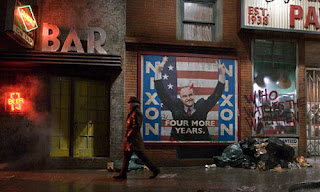 HURM! Watchmen is out on Friday! Naturally, you can expect a full review dedicated to it, a la The Dark Knight and Quantum of Solace- I'm going to try and do that with all the really big film releases this year, but we shall see. Gran Torino will get a review to itself between now and Friday, possibly later today.

Until next time, don't watch anything I wouldn't watch.
Mark
Posted by Mark at 20:00 No comments:

Yeah, maybe it is a bit late coming, but a few re-watchings were required before I could compose my "official" best and worst lists of 2008 at the cinema. As cinematic years go, I slacked somewhat, seeing just 55 of the year's offerings, and 4 of those I didn't see until they reached DVD. But then I made up the numbers with multiple viewings of many films, including eight viewings of my favourite film last year.
Rather than go for a countdown, I'm going to just copy and paste my compiled cinema viewing notes into here with some thoughts and explanation thereafter...
Top Ten highlighted in green, Bottom Ten in red.

Well there it is. It was really a foregone conclusion that The Dark Knight would be no.1, and also that Star Wars: The Clone Wars would be the worst. Only In Bruges and The Happening respectively really challenged those films for their position. My aggressive recommendation of In Bruges will continue until everyone has seen it, something that I hope will be sped up by the recent and very well-deserved Oscar nomination for Martin McDonagh's screenplay.
I already kind of did a year in review post, albeit more focussed on experimenting and hypothesizing what the year's films would be like if made in other years, so this post is basically the list above, as you've seen it. 2009 will be a year in which I'm seeing more movies at the cinema than in 2008. Thus far seen 9, ranging from the bizarre, (The Spirit- what the fuck, Frank Miller?) to the surprisingly good, (Sex Drive is probably destined for lesser appreciation than a certain film about fucking pastry products, even though Sex Drive is better written) and the really amazingly good, (Slumdog Millionaire- review coming soon!) Obviously the movie I'm most looking forward to at the moment is Watchmen. I actually die a little inside every day that I wake up and realise it's not March 6th yet, so I hope I hold out til then, and will finally see Rorschach and co. running around on the big screen.
Come back when I'm more awake for reviews of Frost/Nixon, Slumdog Millionaire and possibly some other Oscar fare like Valkyrie or The Curious Case of Benjamin Button if I go to the cinema tomorrow. Ooh, and Bolt! Think I'm seeing that tomorrow with the family, so will probably review that.
In the meantime, don't watch anything I wouldn't watch.
Mark
Posted by Mark at 19:45 No comments: